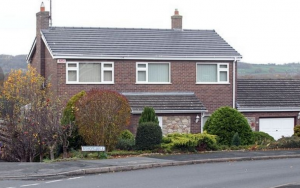 After realizing that the husband was ill and did not have long to live, an elderly couple decided to go together by taking their own lives. They said they could not imagine living without each other so they decided to die at the same time.

The devoted elderly couple who couldn’t bear to live without each other killed themselves after learning the husband didn’t have long to live, an inquest heard.

In one, the couple wrote: “Neither one of us wishes to live without the other,” reports North Wales Live.

They said they had enjoyed “a great life” and both agreed what they should do, with neither putting pressure on the other.

Their inquest heard they left a key with their next-door neighbours for the police to enter their home.

They also put labels on items with the names of people who were to receive them.

David Pojur, assistant coroner for North Wales East and Central, recorded conclusions of suicide after hearing details about the couple who were found dead in their home in St Asaph, Wales, on November 13 last year.

Mr Titterton a retired research and development officer with glass manufacturers Pilkington, had been diagnosed with terminal bowel cancer and was receiving palliative care at home, where his wife – a former nurse – was able to help care for him.

Their next-door neighbour, county councillor Andrew Thomas, said in a statement that Mr Titterton had begun looking frail but seemed “OK” a few days before his death.

His wife Susan Thomas described them as “lovely people” and said the tragedy came as a shock, although she had thought it odd that Mrs Titterton had given her a park-and-ride ticket for Chester the previous day, telling her she would not be using it.

On the morning of November 13, Cllr Thomas found an envelope through his door containing £500 and a note indicating that they had killed themselves.

“I wondered if I was reading what I was,” he said.

Mrs Thomas called 999, as the couple had asked, and when officers arrived they found Mr Titterton lying in an empty bath covered by a blanket and a dressing gown, and his wife was on the bed.

Home Office pathologist Dr Brian Rodgers said Mrs Titterton died of suffocation and her husband’s death was consistent with the same cause.

The inquest heard both had died a short time apart, and Mrs Titterton had apparently put the blanket and dressing gown over her husband.

Saxon is a prolific writer with passion for the unusual. I believe the bizarre world is always exciting so keeping you up to date with such stories is my pleasure
Previous Drunk Dad Rapes His 15-Year-Old Daughter After Mistaking Her For His Wife
Next See What Anambra Restaurant Owner Wrote To Warn Customers Against Smoking Weed In His Premises