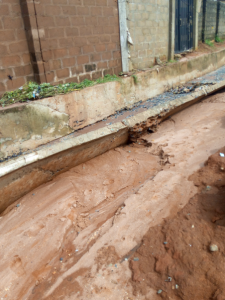 This is happening in Owerri, Imo State capital. A number of projects done by the out-going administration of Governor Rochas Okorocha are beginning to ‘exit’ their positions as he also prepares to exit office as number one citizen of the state. 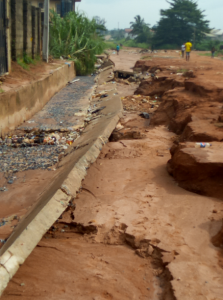 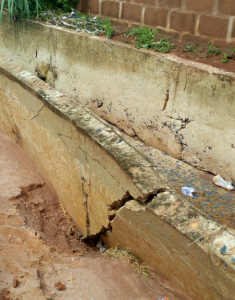 The rains are just beginning to show up and gutters are collapsing. Here is a video of what last night’s heavy rainfall did to a street along works layout/Mbierri road which actually leads to Rochas Foundation College of Africa.

Tractors reappeared on the abandoned road about two weeks ago and began to work on the road again. Heaps of sand poured on the road were washed away last night after the heavy rains and poorly constructed gutters are beginning t cave in.

Too bad for the state capital.

Saxon is a prolific writer with passion for the unusual. I believe the bizarre world is always exciting so keeping you up to date with such stories is my pleasure
Previous Parrot Arrested After Warning Alleged Drug Dealer About Police Raid
Next Three-Year-Old Changes Gender From Boy To Girl In Bizarre Circumstances