A snake will be throwing a huge survival party after it crept into a washing machine which the owner suddenly turned on to wash some clothes. The snake began the dangerous cycle with the clothes but was saved after it peeked out its head from the clothes after the machine had been put off. 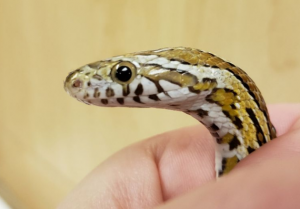 The escaped pet snake that apparently slithered into a suburban Chicago family’s washing machine ended up smelling like fabric softener after going through the wash.

Sanela Kamencic tells WMAQ-TV she was “totally creeped out” when the snake turned up Wednesday in the washing machine in Evanston. 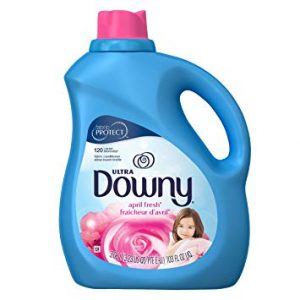 Police Officer Pedro Carrasco and Animal Control Warden Jason Pound brought the reptile to the Chicago Exotics Animal Hospital. Carrasco says it was “peeking its head out of the washing machine” when they found it.” Pound says it “smelled like Downy” after surviving the wash cycle.

The animal hospital says the corn snake, named Penelope, belonged to a 12-year-old boy who lives nearby. They were reunited afterward.

Saxon is a prolific writer with passion for the unusual. I believe the bizarre world is always exciting so keeping you up to date with such stories is my pleasure
Previous See What Happened After Chinese Woman Tried To Eat Live Octopus On Camera (Watch Unbelievable Video)
Next Chinese Company Where You Can Hire ‘Professional Quarrelers’ To Argue On Your Behalf