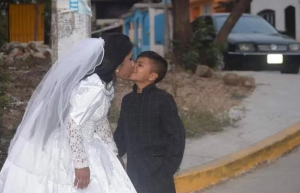 Sometime last week, series of photos that seemed to show a very young boy getting married to an adult woman went viral on Mexican social media. There was speculation of arranged marriage and child trafficking, but the true story turned out to be more tragic, and at the same time heartwarming, than everyone thought. 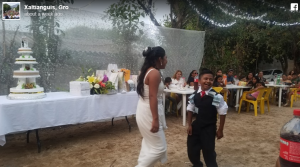 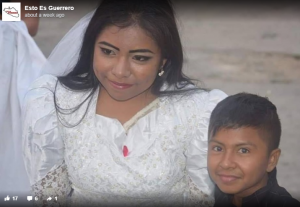 Mexican media recently reported that the protagonists of the viral photos did indeed get married during a two-day celebration in their native town of Xaltianguis, Acapulco. However, although the groom looks like a primary school student, he is actually a 19-year-old man named Jonathan who suffers from a rare disorder that stems his growth and makes him look much younger than his years. Despite his condition, Jonathan managed to find the love, and last weekend he and his fiancee tied the knot in front of family and friends.

Jonathan’s wedding took place last Saturday, on May 4th, and photos taken at the event first appeared on the Facebook page “Esto Es Guerrero” the next day. The original post clearly mentioned the young man’s condition, but as it often happens on social media these days, photos of the couple were soon shared by other Facebook users without proper context, which fuelled massive speculation.

Saxon is a prolific writer with passion for the unusual. I believe the bizarre world is always exciting so keeping you up to date with such stories is my pleasure
Previous Australia Misspells ‘Responsibility’ On New $50 Bank Notes
Next Child Finds N14 Million Worth of Hard Drugs In Box of Toys 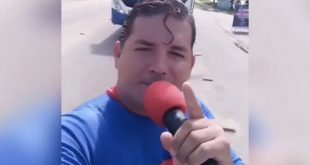 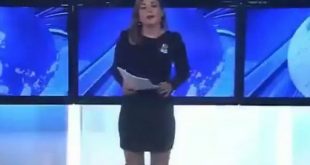 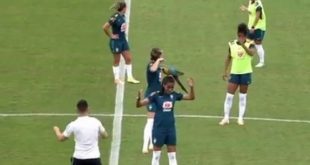 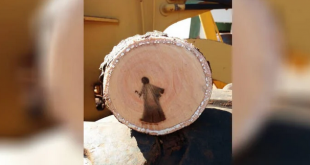 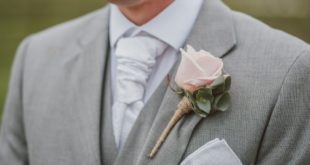