A restaurant diner who ordered a nice bottle of red wine to go with their dinner got something a bit fancier than they were expecting — a bottle worth $5,800.

The customer at the Manchester, England, branch of steak chain Hawksmoor ordered a 2001 Chateau Pichon Longueville Comtesse de Lalande, which is listed at £260 ($335), a PR company representing the restaurant told CNN. 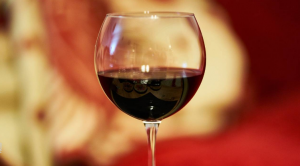 “It was a very busy night at the restaurant and a very simple mistake,” Irena Pogarcic of Kitchen Communications said in an email. “A member of staff picked up the wrong bottle, mistaking it for another Bordeaux of the same vintage.”

“The wine went out and was served to the customer. The customer didn’t know and it was only afterward that one of the managers picked up what had happened.”

The restaurant later tweeted that the customer, who has not been identified, “accidentally got given a bottle of Château Le Pin, Pomerol, 2001” and said it hoped they enjoyed their evening.

“To the member of staff who accidentally gave it away, chin up! One-off mistakes and we love you anyway,” Hawksmoor added.

The 2001 Château Le Pin features in the “rarities” section of Hawksmoor’s menu and is the most expensive item on the list.

The Cult Wines investment website quotes influential wine critic Robert Parker Jr., who described the 2001 Le Pin as “a brilliant success as well as one of the wines of the vintage for 2001.”

The restaurant tweeted a photo of the two wines side by side, adding in capital letters: “They look pretty similar OK?!”

Saxon is a prolific writer with passion for the unusual. I believe the bizarre world is always exciting so keeping you up to date with such stories is my pleasure
Previous Museum Dedicated To Poop Opens In Japan
Next Watch As Austrians Kiss Cows For Charity In Bizarre Cow-Kissing Competition