A young has claimed that her failure to secure a job is because she is very good looking.

The 33-year-old law-school graduate from London decided to start her own retail company selling vintage clothes online after she tried to find a job but did not succeed because of her good looks.

Russian-born Irina Kova claims that being attractive has made it harder for her to get a job in London, as women simply don’t trust her or find her intimidating, and men don’t take her seriously. Kova, who used to work in business development for important clients, believes her good looks ruined her career and made it harder to find another serious job, despite having a law-degree and an impressive CV. 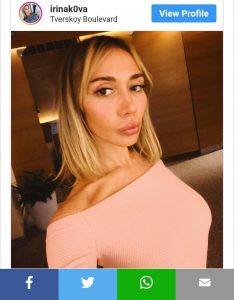 Irina told British tabloid The Sun that her attractiveness affects her negatively both during the hiring process and after she gets a job. To improve her chances of actually landing a job, the 33-year-old’s agent advised her to dye her hair darker to make herself too professional. But even if she gets past the interviews, her male bosses never seem to take her seriously.
“Even during the hiring process, being beautiful gets in the way. I have a law degree and a great CV but my recruitment agent still told me to dye my blonde hair dark for interviews, Irina Kova complained. “She said, ‘You’ll never get a job looking like that’. She was right, too. After I coloured my hair I got offered more work. I even started wearing clear glasses – although my sight is perfect – to look more professional.” 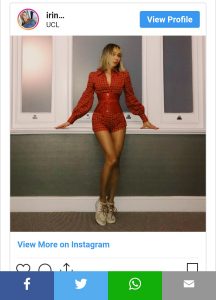 One of her former bosses allegedly told her to stop trying to use her looks to stand out, and be more humble, but Irina says standing out is just something that happens because of her natural features.
“I rarely wear much make-up either – with my features I don’t need to. When you have big lips and eyes you attract a lot of attention anyway,” she said. “I think this man wanted to have a corporate environment where everyone is the same and has a mortgage and three kids. He was basically implying I was too glamorous to fit in, so I ended up leaving.” 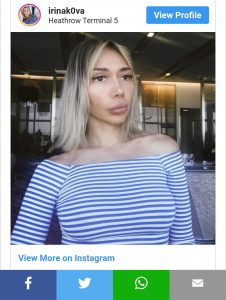 The young entrepreneur said that men never really want to hire her because they don’t want to be distracted at work, and prefer to hire much less attractive women who won’t get in the way of their jobs. Also, some married men don’t want their wives visiting them at work and “seeing a hot, single girl sitting right next to them”.

Tags Woman can't get job because she is beautiful

Saxon is a prolific writer with passion for the unusual. I believe the bizarre world is always exciting so keeping you up to date with such stories is my pleasure
Previous Mexicans Now Buy Fake Cellphones To Handover To Robbers
Next Healthy Dog Killed and Buried With Owner Based On Special Request