An 11-year-old boy from Xinxiang city, China’s Henan province, has been praised for taking on the mission of saving his father’s life by eating as much as he possibly can. 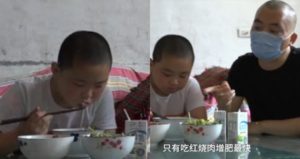 Lu Zikuan’s father was diagnosed with leukemia seven years ago and has been treated with medication ever since. However, last August his health started deteriorating drastically and doctors informed him that his only option was a life-saving bone marrow transplant. After screening members of his family for possible matches, they found that the only viable donor was Zikuan, who was 10-years-old at the time. Despite his young age, the primary school student was eager to go under the knife to save his father’s life. But there was one big problem, he weighed only 30 kg, and doctors told the family that they wouldn’t operate on him unless he gained at least 15 kg more. So in March of this year he started stuffing his face with as much fatty food as possible.

“The doctors said in order to donate my bone marrow, I need to be at least 45kg. The ideal weight is 50kg,” young Lu Zikuan told Chinese reporters. Even if it hurts, I’ll still eat. Our family couldn’t bear the loss of my dad.”

The 11-year-old has been sitting down to eat five times a day, and his meals consist mainly of fatty meats and rice. The daily cost of food has burdened the family, who was already struggling to cover Lu Yanheng’s medical bills. The boy’s mother, Li Jinge, earns just 2,000 yuan a month doing odd jobs at a grocery store, so she relies mostly on discounted meat bought at her workplace every night. The boy’s school has also organized a fund-raising event to help the family in this difficult time.

Zikuan, the eldest of three children, has nearly reached the 45kg threshold for the surgery, but he plans to keep on eating, as the doctors said that the fatter he gets, the better. Some of the kids at his school started calling him pangzi (fat boy) when he started putting on weight, but they stopped when they learned about his motivation. But the boy doesn’t mind being called names, to him what really matters is saving his father’s life.

Lu Zikuan’s dedication to his family has touched the hearts of millions in Asia, after his story went viral online. People have been praising him as a hero and have offered financial support to help him reach his goal.

“You shoulder a great responsibility at such a young age. You are amazing,” one person wrote on Weibo, China’s version of Twitter.

“You ain’t fat, you are a hero!” someone else wrote.

Saxon is a prolific writer with passion for the unusual. I believe the bizarre world is always exciting so keeping you up to date with such stories is my pleasure
Previous Man Runs Into Huge Debt After Adopting 300 Dogs In Two Years
Next Dr. Agnes Nwamma! The Only Business That Survived Rochas Okorocha’s ‘Economic Policies’ 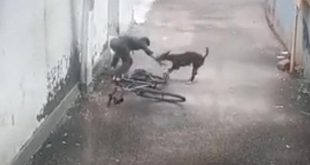 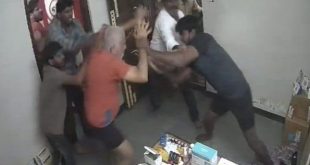