A Welsh man took UK brewery BrewDog to court over a gender equality promotion that made him feel forced to identify as a woman in order to buy his favorite beer at a discounted price.

In March of 2018, Scotland-based brewery BrewDog swapped the blue label of its popular Punk IPA to a pink one and temporarily rebranded it as Pink IPA. The company described the move as an “overt parody on the failed, tone-deaf campaigns that some brands have attempted in order to attract women.” To get their point across even clearer, BrewDog decided to offer Pink IPA at a 20 percent discount to customers who identified as female for the few weeks that the beer was available. The company did not know that their sarcastic attempt at drawing attention to the gender pay gap would land them in legal trouble. 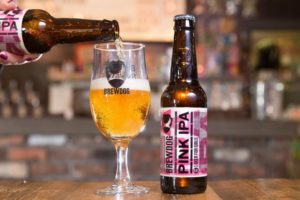 Thomas Bower, a 27-year-old man from Wales who apparently loved BrewDog’s Punk IPA, was originally thrilled about the company’s promotion, seeing it as an opportunity to enjoy the beer at a discount. However, when to the BrewDog bar in Cardiff and ordered a bottle of Pink IPA at  £4 ($5) bottle, he was told that, as a man, he wasn’t eligible for the promotion. He could still order a £5 ($6.30) Punk IPA, which was literally the same beer, but he refused.

“After a bit of a back and forth with me protesting this, I felt forced to identify as female and was then able to get the drink for £4,” Bower told Wales Online. “I complained to the company about this and they said it wasn’t discrimination because the price difference was part of a national campaign to raise awareness about the gender pay gap.”

Bower didn’t agree with BrewDog’s point of view, and he let the company know that he believed he had been the victim of sex discrimination and was willing to sue them for it. When the brewery didn’t respond to his message, he did just that – he dragged Brewery to small claims court, citing “direct discrimination and breach of the Equality Act 2010”. 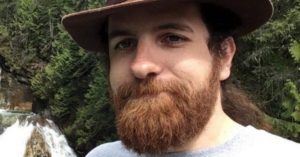 The bizarre court case recently concluded and, believe it or not, the judge actually sided with Bower, who represented himself in court, awarding him £1,000 ($1,254) in damages. District Judge Marshall Phillips argued that the plaintiff had to have felt “humiliated” and that having to identify as a woman to qualify for a promotion must not have been “a pleasant experience” for him.

“In my judgement, it is clear that in this case the claimant has been directly discriminated against by the defendant because of his sex,” Judge Phillips’ said during the ruling. “The fact that by identifying as female he was still able to purchase a Pink IPA makes no difference. I accept what Dr Bower says, namely that identifying as female was the only way he could purchase a Pink IPA at a cost of £4.”

Thomas Bower told reporters that he donated the  £1,000 to the Young Women’s Trust, which aims to help women negotiate for better pay, and the Campaign Against Living Miserably, which runs a male suicide prevention line.

Saxon is a prolific writer with passion for the unusual. I believe the bizarre world is always exciting so keeping you up to date with such stories is my pleasure
Previous Food For The gods! Strange ‘Snake-like’ Banana Tree Appears In Anambra Village
Next Wanted Man Turns Himself In After His Poster Gets 29,000 Facebook Likes