Home / Europe / See Plant That Has Flowers Shaped Like Hummingbirds

They look adorable, don’t they?

Crotalaria cunninghamii, a legume native to northern Australia, is known as the “green bird flower” for a very good reason – its green flowers look like tiny hummingbirds with their sharp beak attached to the plant’s stem. 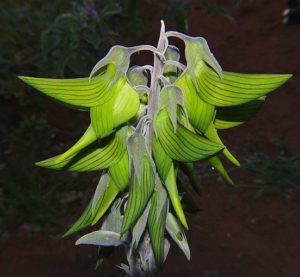 A photo of two Crotalaria cunninghamii flowers recently went viral on Reddit, leaving many users scratching their heads and asking whether their uncanny resemblance to hummingbirds was an adaptive evolutionary development or a simple illusion. Apparently, the latter would be the most likely answer. There are no hummingbirds in northern Australia, and apart from humans, it is unlikely that any creature would mistake these flowers for real hummingbirds, so the shape does not result in any kind of benefit to the plant. 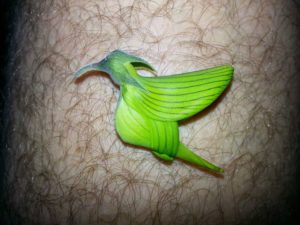 Plus, the flowers only resemble hummingbirds when viewed from a certain side-angle. It’s purely a case of simulacrum, seeing shapes and forms that look like something that they’re clearly not. It’s still pretty cool, though. 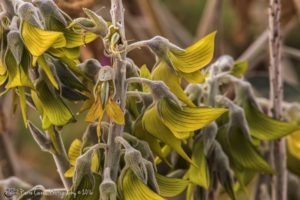 This isn’t the first time we’ve featured unusual flowers on Oddity Central. A couple of years ago we wrote about Night Sky Petunias, flowers that look like a beautiful starry sky, and about the snapdragon, whose vibrantly colored flowers turn into creepy skulls when they die.

Saxon is a prolific writer with passion for the unusual. I believe the bizarre world is always exciting so keeping you up to date with such stories is my pleasure
Previous Aggressive Seagulls Keep Couple Hostage In Their Home For Six Days
Next Bulldog Swallows 19 Baby Pacifiers