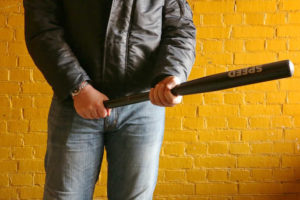 Spanish police reported that a woman who hired her son-in-law to kill her partner recently turned up to file a complaint against him after he failed to live up to his end of the bargain.

Earlier this month, an unnamed woman and her daughter went to a police station in central Madrid to file two separate complaints. One was against the woman’s romantic partner, who had allegedly scammed her out of more than €60,000 ($60,000) over several years, and the second was against her own son-in-law who had agreed to kill her partner and then sell his organs on the black market to recover the substantial amount of money he had swindled. Unfortunately, things didn’t go very well after the latter revelations, as both women and the would-be hitman were immediately arrested.

According to The Local, the woman told police that her son-in-law, who claimed to be the head of Spain’s secret services, had offered to solve her problems by killing her scammer partner and retrieve the debt she was owed by selling his internal organs. He asked for a down payment of €7,000 ($8,000) to carry out the crime, which the woman agreed to pay.

Spanish news website Euro Weekly News reports that the 29-year-old hitman even drew up a contract to make the arrangement seem legit. It included several clauses, such as finding the woman’s partner as a top priority, and selling seven of his organs, with the proceeds going to his mother-in-law.

After signing the contract, the woman and her daughter waited and waited, but eventually realized that they had been scammed once again and that the hitman was never going to carry out the murder. So they finally decided to complain about both con-artists to the police, apparently not realizing that by paying someone to have a person killed they had also broken the law.

The three “stooges” were arrested and are now waiting to be summonsed to court. Sources within the Spanish police have not ruled out the possibility of further arrests in this case, including that of the woman’s partner.

Saxon is a prolific writer with passion for the unusual. I believe the bizarre world is always exciting so keeping you up to date with such stories is my pleasure
Previous Watch As Bride Dances With Her Pet Dog On Wedding Day (Viral Video)
Next Ancient Palace Emerges from Iraqi Reservoir After Water Levels Fall