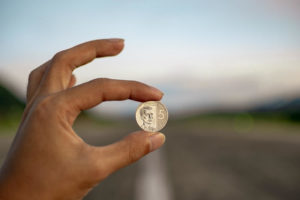 Marie McCreadie was just 13 years old when she lost her voice to what doctors could only assume was a freak virus. 12 years later, she was shocked to discover that her sudden loss of voice had been caused by an old coin stuck between her vocal coins, which prevented them from vibrating. This is an old story that is once again getting a lot of attention because of Marie McCreadie ‘s newly published book, “Voiceless”, in which she details the traumatic experience of losing her voice at a young age and regaining it after 12 long years.

When 13-year-old Marie  – then Marie Heffernan – suddenly lost the ability to speak one day in 1972, doctors put it down to a bad bout of bronchitis, but even after recovering from the illness, she still couldn’t utter a sound. They performed all kinds of tests but nothing appeared to be wrong, so they eventually put it down to a virus and told the 13-year-old girl to just go back to school and lead a normal life, as a mute. She was frightened and confused, and her parents didn’t really know how to handle things in the beginning either. Luckily, Marie and her friends started finding new ways of communicating, like passing written notes to each other, which was fun and made getting used to a voiceless life easier. Things got worse as time went by and her voice didn’t recover, but the other children’s reactions were nothing compared to the treatment she got from her teachers. 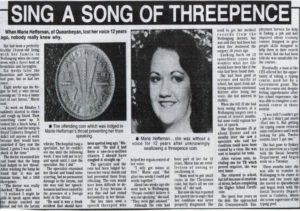 Marie studied at the St Anne’s Catholic school in Dapto, Australia, but instead of being comforted by the faculty there, she was ostracized and accused of being a witch. She recalls one of the priests telling the other girls that her sudden loss of voice was the “work of the devil”, which really stuck with her over the year. She and her friends made jokes when the teachers accused her of witchcraft, but it stopped being funny when they decided to separate her from the class so she wouldn’t influence the other girls.

The abuse she endured at school soon became too much to bear and she left when she was 14. After spending a year at home recovering from the traumatic experience, Marie McCreadie went to the Commonwealth Employment Service in her hometown of Wollongong, in Sydney, to find a job. She was told to go home and find a husband because there was no way a mute girl like her could find a job, but luckily a kind man at CES helped her get into a typing course and started working in the public service after graduation. Life just went on normally for her after that, until one day in 1984 when something remarkable happened. 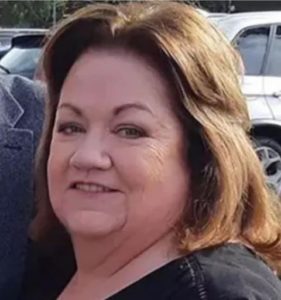 While at work one day in 1984, 25-year-old Marie started coughing. She recalls it was one of those coughing fits you just can’t seem to get over, so she went to the bathroom where she started coughing out blood. She panicked and had to be rushed to the hospital in an ambulance. She felt like there was something in her throat, and it turned out that her feeling was correct. When doctors inspected her throat, they noticed what looked like a lump covered in blood and mucus. After extracting and rinsing the suspicious mass they were shocked to find an Australian threepence coin.

What was even more surprising, though, was that immediately after the coin was extracted, Marie McCreadie started to moan, something she had been unable to do for 12 long years. Doctors advised her not to attempt to speak for a week, to avoid straining her voice, but she obviously couldn’t help herself.

“I had started making little noises, moaning, crying. It didn’t take me long to begin to talk again as I had been miming words all my life. In effect, I had been talking just with no sound was coming out,” Marie McCreadie told Metro. “The problem I had was with breathing, I had to learn to breathe properly to push the voice out.”

Her story was all over the news in 1984, and to this day when people learn her unique story they always ask “Didn’t you get an X-ray? How could they not have known?” Well, for one, the doctors weren’t looking for anything stuck in her throat, but she did in fact get X-rays when she lost her voice. It’s just that the coin was stuck horizontally between her vocal chords so it was extremely hard to see on the scans

You’re probably wondering how the coin got stuck between her vocal chords, right? Well, that’s still a mystery, as Marie doesn’t remember ever swallowing it. The only thing she can think of is that it must have been in a can or a bottle of soft drink and she swallowed it without realizing. But what’s even more bizarre about this story is that the coin stuck in her throat for 12 years was a 1959 Australian threepence which had been out of circulation for years at the time she lost her voice.

Saxon is a prolific writer with passion for the unusual. I believe the bizarre world is always exciting so keeping you up to date with such stories is my pleasure
Previous Woman Gives Birth To Another Couple’s Baby After IVF Mix-Up, See What Happened
Next Many Japanese People Are Renting Cars For Reasons You Won’t Believe, Not To Drive