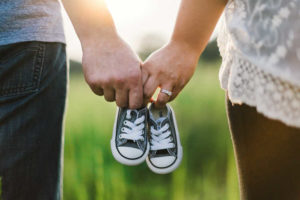 Miejsce Odrzańskie, a small village in southern Poland, near the border with the Czech Republic, is offering to reward the first local family to give birth to a son. None have been born there in the last nine years, and the youngest one that still lives in the village is 12-years-old.

No one knows why, but couples in Miejsce Odrzańskie rarely have boys. Most of the 300 or so inhabitants are women, and locals say it’s been this way for as long as they can remember. Mayor Rajmund Frischko recently told Polish reporters that after checking historical records and reviewing registered birth certificates he can confirmed that rare male births are not just a recent anomaly. He has also pledged to reward the first couple to give birth to a boy.

“We looked into it further, reviewing birth certificates,” Frishko said. “I think that what the older residents say is confirmed. Girls are constantly born and the birth of boys is rare. Explaining this puzzle will not be easy.”

Tomasz Golasz, head of the volunteer fire brigade, which is apparently also staffed mainly by women, said that he himself would like to have a son, but considering the history of the village the chances of success are very small.

“It has been going on for several decades,” Golasz, the father of two daughters, said. “I came to the village, took a local girl for my wife and we had two daughters. I would like to have a son but it’s probably unrealistic. My neighbor also tried and has two daughter. I don’t think women give birth to boys here.”

News of the unusual sex rate discrepancy in Miejsce Odrzańskie went viral in Poland this week, and attracted the attention of Professor Rafał Płoski, Head of the Department of Medical Genetics at the Medical University of Warsaw. He said it’s necessary to go deeper into historical records and check birth statistics in order to find an answer to this mystery.

“Then you should check if the girl’s parents are not related to each other, even to a very distant extent,” Płoski added. “The next step, conduct an accurate interview with parents and children, check the environmental conditions. Only then can some trail appear.”

Until an answer is found, mayor Rajmund Frischko, who also has two daughters, said that he will reward the parents of the first boy to be born in Miejsce Odrzańskie. He would not reveal what the reward will be, but he ensured interested couples that the “gift will be attractive”.

Saxon is a prolific writer with passion for the unusual. I believe the bizarre world is always exciting so keeping you up to date with such stories is my pleasure
Previous See Famous Vietnamese Mansion That Has a Tomb In the Middle of the Living Room (Watch Creepy Video)
Next Father Pulls Son Out of School So He Can Focus On Playing Video Games Full Time