Home / Asia / Woman Seeks Divorce From Husband Because He Loves Her Too Much, Does Not Argue With Her, Says She is “Choked By Extreme Love and Affection”

Woman Seeks Divorce From Husband Because He Loves Her Too Much, Does Not Argue With Her, Says She is “Choked By Extreme Love and Affection” 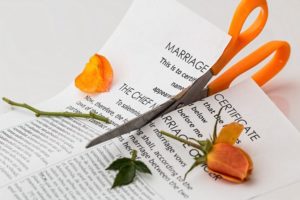 The media in United Arab Emirates (UAE) media recently reported the almost-unfathomable case of a woman who decided to divorce her husband after a year of marriage, because he loved her too much and never once argued with her.

The UAE woman was said to have sought to divorce her husband at the Shariah court in Fujairah, because she felt chocked by his love and affection. To make matters “worse”, the husband allegedly never argued with her during their one-year marriage and even helped her with house chores like cleaning, which she described as “hell”.

“He never yelled at me or turned me down,” the poor woman reportedly told the court. “I was choked by extreme love and affection. He even helped me clean the house.”

“I long for one day of dispute, but this seems impossible with my romantic husband who always forgave me and showered me with gifts,” she added. “I need a real discussion, even an argument, not this hassle-free life of obedience.”

Present in court during a preliminary hearing, the husband told stunned judges that he felt he had done nothing wrong, and that his sole goal was to “be a perfect and kind husband”. Unfortunately, it seems like it was his excessive desire to please his wife that made her want to ask for a divorce.

The husband admitted that he went to great lengths to please his wife, telling judges that one time, when she complained about his weight, he went on a diet and started exercising. He even suffered a leg fracture as a result of his efforts. Still he asked the court to advise his wife to reconsider.

“It’s not fair to judge a marriage from the first year, and everybody learns from their mistakes,” the man said, according to the Khaleej Times. Luckily for him, the court adjourned the case to give the two parties a chance to reconcile.

Vanko is a cheerful writer whose enthusiasm for unusual stories is inspiring.
Previous Vet Removes 32 Rubber Ducks From Playful Dog’s Stomach
Next Man Arrested For Dumping Dirt On Car. His Girlfriend Was Inside