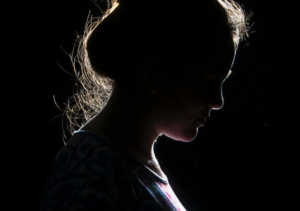 A female banker, Mutale Winifridah, has been suspended for allegedly sleeping with over 200 men while promising them jobs.

Zambian Watch newspaper reports that Ms. Mutale, a branch senior executive of ZANACO bank, was suspended by bank management for sleeping with over 200 different men who were both clients and job seekers.

The 39-year-old Winfridah, was suspended following investigations into allegation by more than 10 men who formally lodged complaints against her.

The men had claimed she had used her influence as a branch senior bank executive to “enjoy their bed energies” while promising them jobs at the bank and approving their bank loan applications.

Winfridah is said to be unmarried because of her quest to attain different academic qualifications before finding a partner.

Saxon is a prolific writer with passion for the unusual. I believe the bizarre world is always exciting so keeping you up to date with such stories is my pleasure
Previous See what Mother of Four did at her apartment before packing out from her landlord’s property (Photos)
Next Man threatens electricity workers with gun, machete (Watch Video)