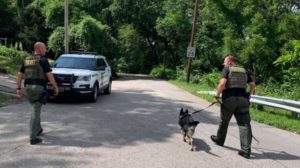 A man trying to elude police in Missouri ended up being betrayed by his own backside.

Liberty Police Department officers over the weekend were searching vainly for a man wanted on a warrant charging possession of a controlled substance, according to the Kansas City Star. The suspect might have gotten away, if he hadn’t been betrayed by his own butt.

It seems the man let out a huge fart right at the wrong time, allowing officers to sniff out where he was hiding, authorities said. Cops didn’t release the man’s identity.

The nearby Clay County Sheriff’s Office got wind of the arrest and decided to turn it into a cautionary tale, presumedly to discourage others from engaging in criminal behavior (or at least avoiding beans before any illegal activity):

If you’ve got a felony warrant for your arrest, the cops are looking for you and you pass gas so loud it gives up your hiding spot, you’re definitely having a day. 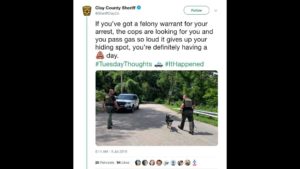 Liberty police apparently appreciated the tweet ― not just for the publicity, but for the opportunity to emit some flatulence wisecracks.

And, yes, they let them rip:

“Thanks to @SheriffClayCo for airing out a wanted person’s dirty laundry and fanning the flames. The Liberty Police Department was surprised to see this incident slip out, which stinks for the arrestee. Fortunately, no one was injured during his arrest #nervousbelly #nocomment” 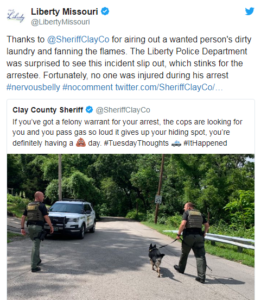 The capture raises at least one stinking question: When the suspect is brought before a judge, will there be odor in the court?

Saxon is a prolific writer with passion for the unusual. I believe the bizarre world is always exciting so keeping you up to date with such stories is my pleasure
Previous Woman Sparks Apartment Fire By Burning Love Letters
Next Reporter Says She Tried To Contact Dead Man For Comment. Video Is Viral