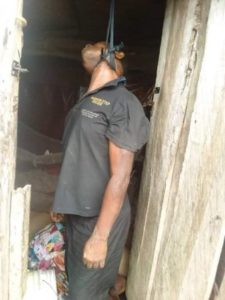 A middle-aged man popularly known as Papa Ebube residing at Arita Lane Area of Yenagoa took his life by hanging in the early hours on Sunday.

According to residents in the area, Papa Ebube may have committed suicide because he lost his Bet9ja ticket that could have earned him thirty-six million naira.

Documents found in his possession when the police arrived revealed that the deceased was a graduate, tricycle rider and great lover of sports whose son is expected to graduate from the Nigerian military school this year, according to a post made by a Nairaland user.

Papa Ebube was a jolly good fellow in the neighborhood, had two wives and two children living with him but left when they constantly suffered domestic violence under his watch

Saxon is a prolific writer with passion for the unusual. I believe the bizarre world is always exciting so keeping you up to date with such stories is my pleasure
Previous ‘I went on a Tinder date and woke up half-naked with no memory of what happened’
Next US rapper Snoop Dogg mocks African pastor Ng’ang’a after sharing viral video online 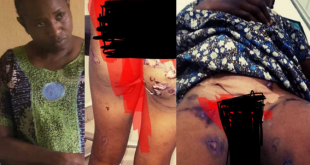