Home / Asia / Chinese relatives marry each other 23 times in 2 weeks, You won’t believe why

Chinese relatives marry each other 23 times in 2 weeks, You won’t believe why 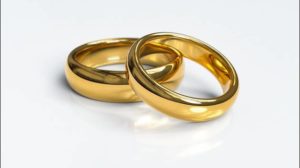 According to state media, the scam started when a man named Pan heard about an urban renewal compensation scheme in one part of a small village in Lishui city, eastern Zhejiang province.

Local residents were being offered a modest apartment measuring at least 40 square meters (430 square feet), even if they didn’t own property, the People’s Daily reported.

Pan quickly re-married his ex-wife who lived in the village, only to divorce her again six days later.

Other family members soon joined the alleged scam — Pan married his sister, then her sister-in-law, then Pan’s father wed a few relatives, even his own mother, within the same period.

After each wedding, they registered as residents of the village, before filing for divorce, People’s Daily reported. The newly minted residents then married again, creating more residents.

Pan registered three marriages at the Ministry of Civil Affairs three times in just one week, the report said.

The alleged scam was uncovered last Thursday after the committee overseeing the village’s redevelopment lodged a complaint with police.

All 11 members of the family have been arrested for alleged fraud, People’s Daily reported. Four people have been detained, while others have been released on bail. Authorities are continuing to investigate the incident.

CNN has reached out Lishui police department and local government agencies for comment.

China has rapidly developed over recent decades and it is common for villages to be demolished for urban renewal projects. In 2011, the State Council passed regulations detailing how residents should be compensated if they are ordered to relocate.

“Even screenwriters would not dare to create a plot like this,” wrote one person on Weibo, China’s version of Twitter.

“There are obviously loopholes in the system,” commented another. “Can you just blame the family for being greedy?”

Saxon is a prolific writer with passion for the unusual. I believe the bizarre world is always exciting so keeping you up to date with such stories is my pleasure
Previous Scientists discover worm that has 3 sexes
Next World’s Most Luxurious Ambulance Service, with Jacuzzi, Wi-fi, Satellite TV, Library, Bar, Personal Chef