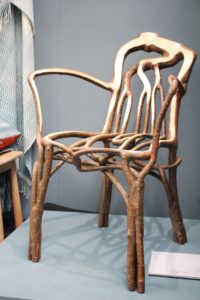 On a two-acre fieldin England’s Midlands, Gavin and Alice Munro are taking sustainability to the next level: they harvest trees which they train to grow into chairs.

The couple have a furniture farm in Derbyshire where they are nurturing 250 chairs, 100 lamps and 50 tables. It is their answer to what they see as the inefficient and carbon-heavy process of cutting down mature trees to create furniture. 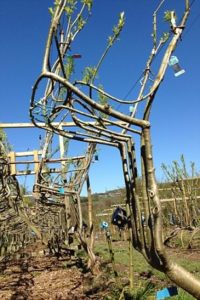 “Instead of force-growing a tree for 50 years and then cutting it down and making it into smaller and smaller bits …the idea is to grow the tree into the shape that you want directly. It’s a kind of zen 3D printing,” said Gavin.

Part of the inspiration for the idea came when Gavin was ayoung boy. He spotted an overgrown bonsai tree which looked likea chair.

He was also born with a curved spine and as a child spent several years wearing a metal frame to reset his back.

“The (medical) staff were just brilliant. The nurses, the doctors, they would kind of combine kindness and competence in away that really, really impressed me. 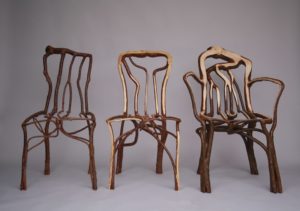 “I wanted to combine care and competence and hopefully this is what we’re doing here,” he added.

The 44-year-old began experimenting in 2006 when he tried togrow chairs on two small plots of land in the Peak District,also in central England.

But in 2012, a year after they married, Gavin and Alice setup the company Full Grown and committed to the idea full-time.

Progress has been bumpy. One of their first attempts at a crop ended in disaster when it was trampled by cows and eaten by rabbits. 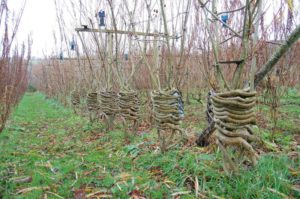 They have also had to discover the most effective way to shape a tree without stunting its growth. The couple has learned to guide shoots already heading in the right direction, rathert han forcing shoots the wrong way against their will.

The average chair takes six to nine years to grow ― and another year to dry out. The longest commission the company has is for 2030. It is a chair for a customer’s retirement.

The plight of rainforests have stormed up the global agenda in recent weeks, as fires raged in the Amazon and the CongoBasin. 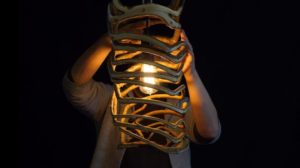 “You know the damage that we do with forestry. We’re only just starting to really understand that. This is kind of the opposite really, we use … ancient techniques that we used in the stone age,” Gavin said.

Ancient Romans, Chinese and Japanese are known to have shaped trees to customize their forms.

Gavin and Alice hope to be harvesting annually by 2022.

Long-term, they want to buy a farm they can use as an experimental hub. They also want to spread their knowledge through consultancy.

In the medium-term, Alice wants a new dining set. But it will take at least a decade to grow.

Saxon is a prolific writer with passion for the unusual. I believe the bizarre world is always exciting so keeping you up to date with such stories is my pleasure
Previous Woman Slams Burger King for Selling Her Sandwich with Raw Chicken Inside
Next Man, 27, caught digging up his father’s body after 14-years to retrieve his leather shoes (See Photo)