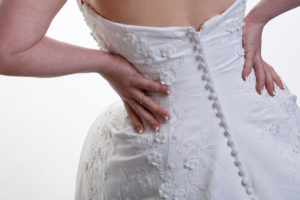 Determined to get her money’s worth out of the wedding dressed she spent over $1,000, an Australian woman has been wearing her wedding dress everywhere, a year after her wedding.

43-year-old Tammy Hall adopted an anti-consumerism lifestyle in 2016, after a trip to India opened her eyes to how much we as a society consume. She vowed not to buy any new clothes or footwear for a whole year after she returned home to Adelaide, in Southern Australia, which turned out to be very easy, but last year, as her wedding day approached, she faced a puzzling dilemma. She wanted to look good on the most important day of her life, but how could she justify spending a small fortune on garment she would only wear on that day? In the end, she just decided to get her money’s worth.

“In the end I decided that if I was going to get a wedding dress, I’d make sure I wore it again and again,” Tammy told PA Real Life. “I’ve worn it to do things like play basketball, go fishing and even to hike across a mud crater.” 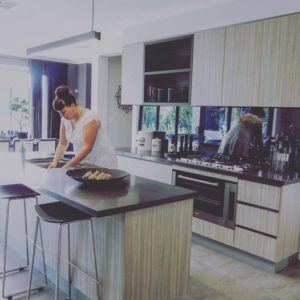 “The first time I wore it after the wedding was to vote in the Australian election in early 2019,” the 43-year-old added. “Since then, it’s been to all sorts of places. Wearing it on a crowded commuter train was especially funny, but I’ve worn it to cook and do chores, to football games, to the gym – even to chop wood.” 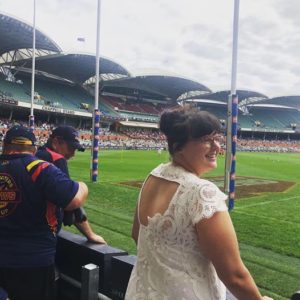 Tammy says that she has gotten some weird looks from people, but no negative comments. It may have something to do with the fact that the dress is not the most lavish, but she believes people are just too reserved to say anything. Anyway, she doesn’t really care, as wearing the dress multiple times was the most ethical way she could think of justifying the cost of her wedding dress.

Hall now plans to wear her wedding dress on a trip to Iceland that she and her partner will take next summer.

Saxon is a prolific writer with passion for the unusual. I believe the bizarre world is always exciting so keeping you up to date with such stories is my pleasure
Previous Company Creates Jeans That Stop Your Fart From Smelling
Next iPhone User Sues Apple for Turning Him Gay