Home / Uncategorized / Prostitutes Make Up to $40,000 a Night at Cannes Film Festival, See How

Prostitutes Make Up to $40,000 a Night at Cannes Film Festival, See How 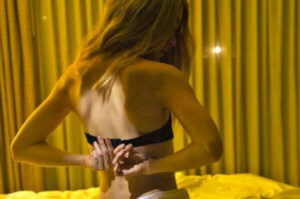 While the annual Cannes Film Festival is famous for images of A-list stars arriving via yacht for star-studded movie premieres, the real drama is what happens on the periphery of the paparazzis’ lens. The most expensive prostitutes in the world are found at this festival.

The Cannes Film Festival is always surrounded by the fierce escorts to be hawked with the restaurants, clubs, marinas and hotel lobbies. An A-grade prostitute makes up to $ 40, 000 per night at this festival.

The Hollywood Reporter did an exposé on the sex-fueled sub-culture surrounding the glitzy film festival in an article titled “$40,000-a-Night Escorts: Secrets of the Cannes Call Girls”:

Every year, women ranging from what the French call putes de luxes (high-priced call girls), who charge an average of $4,000 a night, to local streetwalkers, who normally get little more than $50 or $75 an hour turning tricks in nearby Nice, converge on Cannes for what one Parisian hooker calls “the biggest payday of the year” …

The women ran the gamut, from full-time escorts to models to beauty queens, and they serviced men in hotels, on yachts and in the palatial villas in the hills above Cannes, police said. 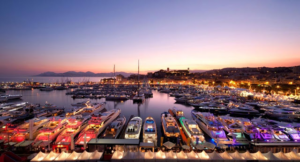 Another source explains that the most beautiful call girls know to target the high-end hotels “where all the Arabs stay.”

“They can make up to $40,000 a night,” the source continues. “Arabs are the most generous people in the world. If they like you, they will give you a lot of money. At Cannes, they carry money around in wads of 10,000 euros. To them, it’s just like paper. They don’t even like to count it. They’ll just hand it to the girls without thinking. I know the system.”

Part of that “system” includes “yacht girls” on the 30 or 40 luxury yachts anchored in the bay at Cannes.

“Every boat has about 10 girls on it; they are usually models, and they are usually nude or half nude. It’s drugs and drink and beautiful women,” says the source. “The girls are all waiting for their envelopes at the end of the night. It’s been going on there for 60 years.”

The envelope, presented as a “gift” to the yacht girls, is how most prostitutes get paid during the festival.

But not all women getting “gifts” are local, French prostitutes.

“The line between professional prostitutes and B- or C-list Hollywood actresses and models who accept payment for sex with rich older men is sometimes very blurred,” one film industry veteran explains to THR.