Home / Uncategorized / Man who filmed himself raping girl, 5, may never be released from prison

Man who filmed himself raping girl, 5, may never be released from prison 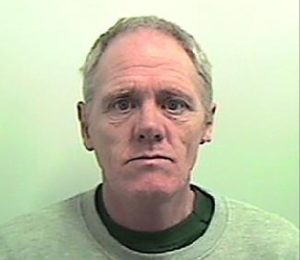 A child rapist has been told that he could die behind bars because of the risk that he poses to young girls.

William Rigby, 53, was meant to be babysitting his five-year-old victim when he filmed himself raping her on October 11 last year.

The girl told her mum what had happened at her home in Helensburgh, Arygll and Bute, as soon as she returned at around midnight. Rigby tried to worm his way out of it saying that the child had ‘misunderstood what happened’.

However, the mother contacted police and they found videos of him raping the girl on his mobile phone and recognised her pyjamas.

He even asked the girl to say hello to the camera during the attack.

Yesterday, as Judge Lady Valerie Stacey sentenced him at the High Court in Glasgow, a relative of the girl he raped shouted ‘die’ at him.

He was given a lifelong restriction, similar to a life sentence, and ordered that he be detained for seven years after the court heard he abused other girls.

However, Judge Stacey added: ‘That does not mean you will be released then. It may be you are never released. You will be in prison until there is any hope of you not being a danger to young girls.’

You are guilty of a horrible catalogue of offences. What you did was betray the trust of a family and what you did harmed these children.

‘You present a risk to the public and are likely to continue to do so even after work is done with you.’

During their investigation police found 34 indecent images of children and they also discovered he had preyed on two girls between 2006 and 2018 aged four and six.

Solicitor advocate Douglas Thomson, defending, said: ‘He now recognises there was manipulation of the children and his actions will have consequences for them for many years to come.

‘When he is released into the community, if ever, he will be monitored and subject to the most stringent conditions.’

Saxon is a prolific writer with passion for the unusual. I believe the bizarre world is always exciting so keeping you up to date with such stories is my pleasure
Previous Man cuts off penis of wife’s rapist, faces longer time in prison than attacker
Next Funeral descends into hysterics after dead man’s recorded voice plays in coffin saying ‘let me out’