Trump Just Retweeted An Account That Parodies His Butt

On Monday, Donald Trump shared a tweet from the account @DJTrumpsButt, which has 318 followers (at the time of writing) and describes itself as follows: “I am @realDonaldTrump’s butt. Whatever he says, it’s really me that’s saying it. Follow me, or I will nuke you! #PutinPower #MAGA.” 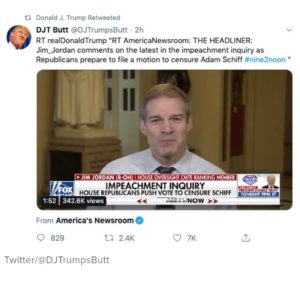 The president is in the thick of an impeachment investigation for soliciting a foreign investigation of a political rival after an anonymous whistleblower complaint surfaced a July 25 phone call between Trump and Ukrainian President Volodymyr Zelensky. A transcript of the call showed that Trump asked the Ukrainian leader to look into former Vice President Joe Biden and his son Hunter Biden.

Trump continued to rage against Schiff throughout the day, tweeting incessantly about the House Intelligence Committee chairman, whom he described as “shifty” and “corrupt.”

He tweeted and retweeted at least 19 times about Schiff, and the clip he retweeted from the account about his own backside was the same as a clip he’d already retweeted from “America’s Newsroom” around 10 hours earlier.

Last month, during a similarly rage-filled tweetstorm over the impeachment inquiry, Trump retweeted a message from a bot account called “Trump But About Sharks” which replaces words in the president’s tweets with shark-related terms to mock his hatred of sharks.

The president’s retweet made him the butt of a few jokes on Twitter:

Why am I seeing a tweet from @DJTrumpsButt on my feed. Oh wait, our president just retweeted it. Carry on.

This is almost as good as when he retweeted the shark account. 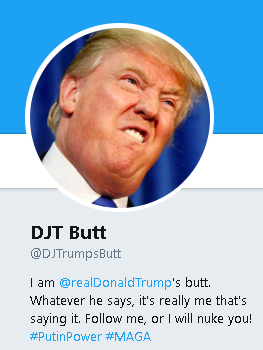 34 people are talking about this

It Has Happened Here

Don’t worry… your base will never know

See It Has Happened Here

19 people are talking about this 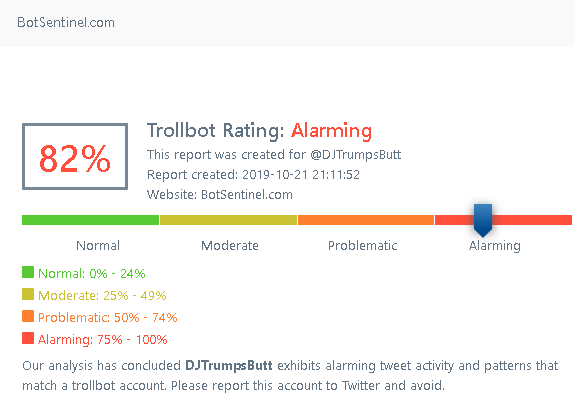 673 people are talking about this

I was trying to sidestep news to work, but I can’t look away from the fact that Trump just retweeted a bot that retweets him. A bot called @DJTbutt. It’s CALLED TRUMP’S BUTT. 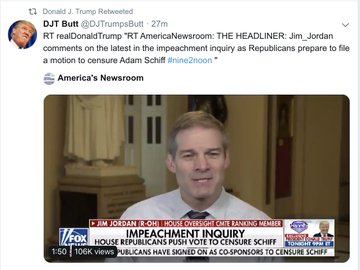 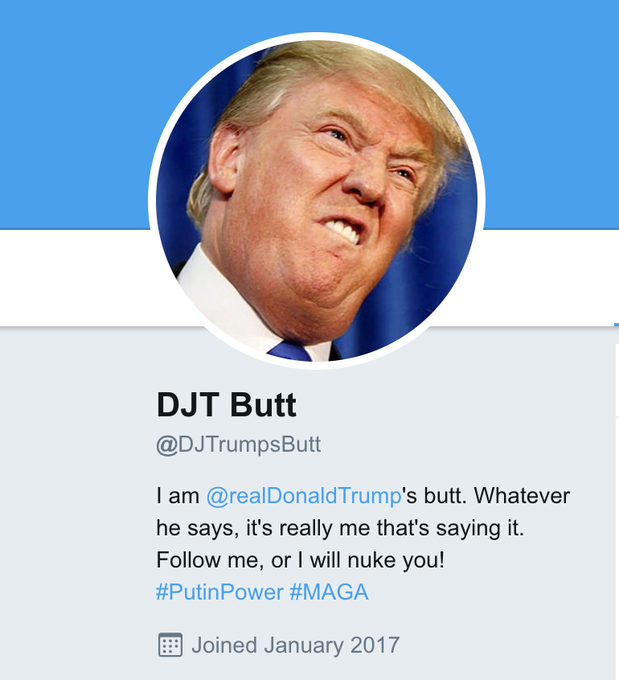 Saxon is a prolific writer with passion for the unusual. I believe the bizarre world is always exciting so keeping you up to date with such stories is my pleasure
Previous Study says playing hip-hop music to cheese makes it taste better (Watch Video)
Next Bible revelation: Richard Dawkins reveals Charles Darwin theory for Noah’s Ark