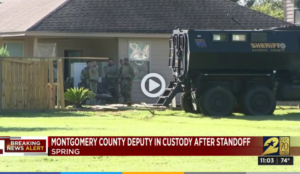 A Montgomery County Sheriff’s Office deputy at the center of a seven-hour standoff that happened Wednesday at a Spring home, struggles with post-traumatic stress disorder, according to friends and neighbors.

The incident began about 2 a.m. at a home on Hamilton Falls Lane near Spring Cypress Road.

Officials said the deputy, 30-year-old Ryan Jones, pointed a gun at his brother-in-law and threatened him. The deputy’s wife, who was also in the home, called for help. When authorities arrived to investigate, Jones’ wife, child and brother-in-law escaped the home.

During the standoff, officials heard multiple gunshots coming from inside the house. Neighbors were asked to lock themselves indoors and officials cut power to the block as they continued to negotiate with the deputy.

After more than seven hours, Harris County deputies said about 9:30 a.m. they heard a gunshot from inside the home. Jones then came out of the house and collapsed in the backyard from a self-inflicted gunshot wound, according to officials. He was rushed to a hospital and was listed in stable condition.

Jones is charged with felony aggravated assault with a deadly weapon.

Montgomery County officials would not comment on Jones’ future but said an internal investigation is underway.

Deputy has been struggling, friend says

Kim Noakes has been friends with Jones and his family for three years.

“He’s been dealing with some issues and had been off work for about three months,” said Noakes. “From what I understand, (he) returned to work on Friday. So it makes you wonder, who signed off on that?”

Noakes said Jones, who has been a Montgomery County deputy for eight years, has been dealing with PTSD.

“Obviously, he wasn’t getting or didn’t get enough help that he needed … and he broke at some point,” Noakes said.

Saxon is a prolific writer with passion for the unusual. I believe the bizarre world is always exciting so keeping you up to date with such stories is my pleasure
Previous Giant rat filmed climbing out of bag of bread at petrol station cafe (Watch Video)
Next Woman barred from cruise line after daring selfie 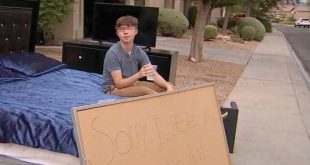 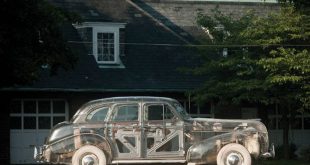 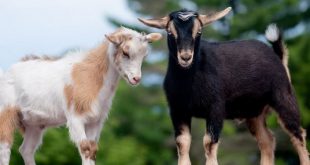 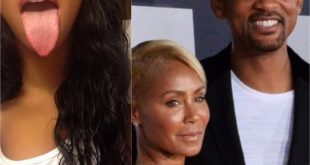 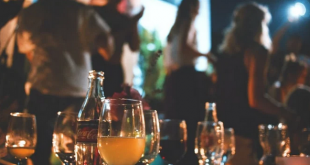 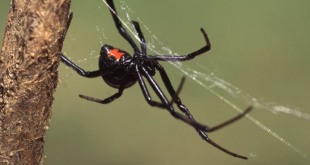