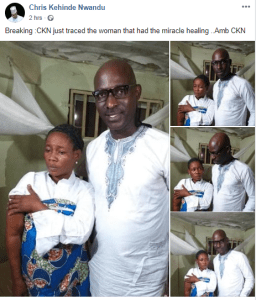 The woman who was used by at least 6 pastors to perform fake miracles has been traced by a Facebook user.

Chris Kehinde Nwandu announced to his Facebook followers that he has traced the woman and he went on to share photos he took with her. In the photos, she’s seen displaying her normal arm.
No explanation has been given yet on how and why she collaborated with pastors to stage a miracle or even if she collaborated with them at all.

The staged miracles were exposed after multiple pastors were seen performing healing on the same woman at different times (read here). In the videos, she is seen with one stunted arm but as the pastor prays, her arm begins to lengthen until it becomes normal again.

So far, all the pastors involved in the fake miracle have not commented.

See some photos of the staged miracle below; 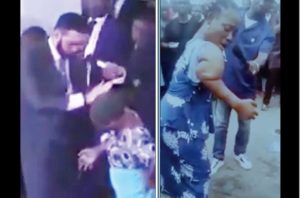 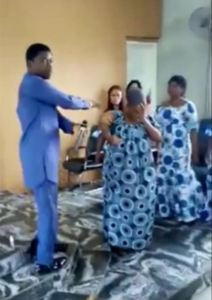 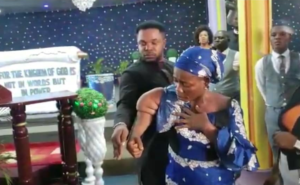 Saxon is a prolific writer with passion for the unusual. I believe the bizarre world is always exciting so keeping you up to date with such stories is my pleasure
Previous Woman jailed for 16 weeks after abandoning her pets without food, forcing her dog to eat her cats (photos)
Next Learner Driver Arrested For Turning Up To Driving Test In Stolen Car