Halloween is a period when very weird expressions of creativity emerge in every aspect of life. Cake makers are not left out in the scary expression of creativity during this period.

Some creative cake specialists came up with scary Halloween cakes that stunned the internet. Though cake is an exciting delicacy only the brave would taste any of these ones without a second thought.

Here are some very scary Nun cakes made for Halloween. Some of these cakes were inspired by a 2018 American gothic supernatural horror film entitled The Nun directed by Corin Hardy. The movie features a demonic Nun called Valak who haunts people as part of the central plot of the film. 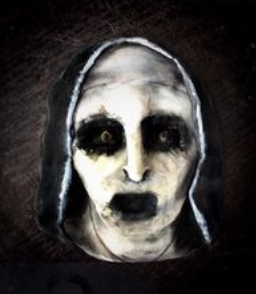 This cupcake is made with plastic chocolate. Looks as scary as Halloween lovers would want it to look but definitely declicious.

9. The Nun Demon,Valak by kello 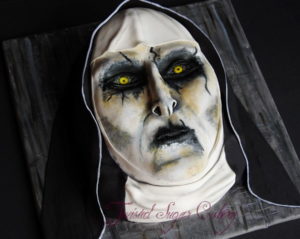 This demon is from the movie “The Nun”. Inspiration came from Koalipops. Super fun cake to make for Halloween! Nice contribution from Kello.

8. The Nun Cake by The BakeKing 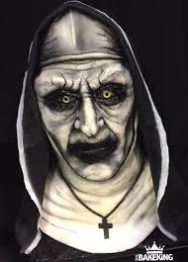 Very interesting piece by BakeKing. He posted on his facebook page that he actually enjoyed making this cake. What a scary piece of enjoyment. Nice one though. 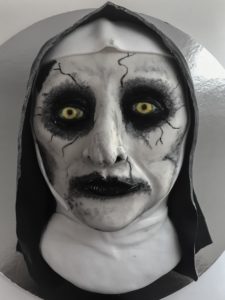 This is a 2015 Halloween cake. According to the maker of this cake as she posted on social media, “It was late upload, my colleagues requested me to do a halloween cake a day before the halloween. So i decided to create this character. They thought it was a mask only.” This is a creative but scary piece.

6. The Nun Cake by Annabelle Cake 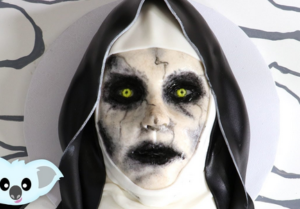 This is an amazing spooky Halloween horror cake. Definitely far more delicious that it looks. 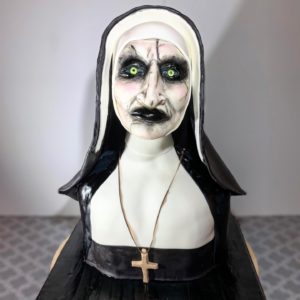 This is a mix of fondant and modeling chocolate with edible glow dust for her eyes. Very interesting piece of creativity.

4. The Nun Cake from Lallacakes. 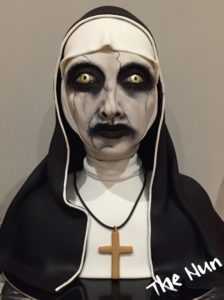 This is a carnival sculpted cake. It is a chocolate mud cake filled with nutella, covered with dark chocolate ganache and fondant. It was a 2018 Halloween cake. 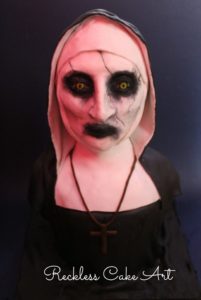 The maker of the cake says this is “My attempt at the Nun, Valak, from Conjuring 2 bust cake for Halloween. Been a while since I’ve done a cake and certainly had its challenges. Sculpting is sooo hard and I wanted to do something that helped develop that skill, especially when it comes to human features as it is a weakness of mine.”

This cake was made with peanut butter filled with homemade salted caramel, chocolate truffle and crunchy peanut buttercream. Another interesting creative piece. 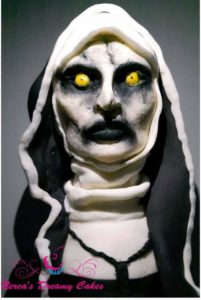 This is chocolate modelling and cake bust of the nun. 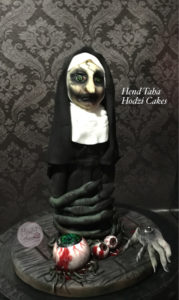 This is a 2017 Halloween contribution. Sure looks scary but very delicious too.

Saxon is a prolific writer with passion for the unusual. I believe the bizarre world is always exciting so keeping you up to date with such stories is my pleasure
Previous World’s Most Expensive Jacket Costs $2 Million
Next Farmer Paints His Dog Like a Tiger to Scare Away Invading Monkeys