Woman Submits Dog Urine As Her Own During Drug Test 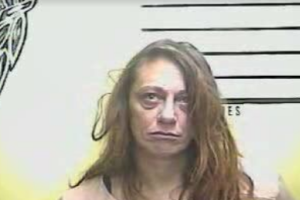 A Kentucky woman is currently in trouble after she gave her probation officer a dog urine sample during a drug screening, police said.

Julie Miller, 40, of Arjay, was arrested Monday on a charge of tampering with physical evidence, the Pineville Police Department said in a release on its Facebook page. She also was charged with a parole violation and trafficking in a controlled substance.

Miller admitted she tried to use the dog urine as her own sample given to officers at the Bell County Probation and Parole Office during a regular probation visit, the statement said.

Miller pleaded guilty in Bell County Circuit Court in November to a charge of first-degree possession of a controlled substance.

Saxon is a prolific writer with passion for the unusual. I believe the bizarre world is always exciting so keeping you up to date with such stories is my pleasure
Previous Top 10 Most Expensive Homes in the World
Next S3x Worker Raises $60k For Victims Of Australia Wildfires In 24 Hours by Selling Her N*de Photos Online (Photos)