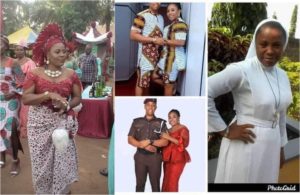 This is proof that the convent is not another a prison. Any reverend sister could decide to quit anyday to live a normal life.
Photos from the wedding ceremony of a Catholic Reverend Sister who quit her religious devotion to get married to a police officer has surfaced, days after her pre-wedding photos went viral on social media. 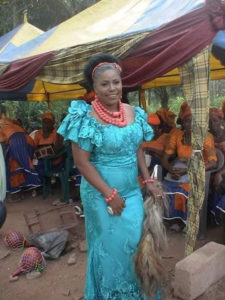 The former Catholic Reverend Sister who posed in different traditional attires in her traditional wedding photos, was spotted carrying a cup of wine to serve her husband, which is one of the marriage rites performed during Igbo traditional weddings.
Her weeding photos have gone viral but she looked happy in them.

Saxon is a prolific writer with passion for the unusual. I believe the bizarre world is always exciting so keeping you up to date with such stories is my pleasure
Previous Pastor Produces ‘Anointed’ Underwear for Female Church Members With His Face on It
Next Incredible Footage Shows Water Flowing Upwards. See Why It Happened