Man Kills Wife After She Asks Him For Recharge Card 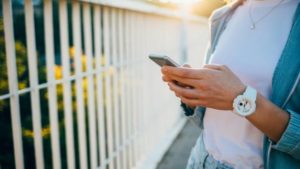 A man is currently in police net after he failed to control his temper that led to his wife’s brutal murder.

The man’s violent temper caused his wife’s death after he allegedly hit her with a stick when she asked him to get her a mobile phone recharge card. The Ajman Criminal Court heard that the 49-year-old woman requested the recharge card to talk to her family back home.

The accused, 58, told the police that he was praying when his wife insisted that he bring her a mobile recharge card. In a fit of rage, he struck her head with a stick. He claimed he didn’t intend to kill her. He said after hitting her, she went silent and he went out to bring the recharge card. After coming back, when he tried to wake her up and hand over the card, she didn’t respond, the man claimed.

According to police records, the accused called the ambulance when his wife failed to respond. He assumed she had only passed out due to the assault. Paramedics who rushed to the spot found her dead.

According to medical reports, the woman died due to internal bleeding in the brain caused by the violent blow to her head. The accused is currently under detention.

Saxon is a prolific writer with passion for the unusual. I believe the bizarre world is always exciting so keeping you up to date with such stories is my pleasure
Previous Sacrifice Placed In Front of LAUTECH Professor’s Office (Photos)
Next Wedding cancelled as groom’s father ‘disappears’ with bride’s mother