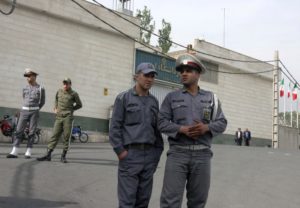 The fight against the spread of coronavirus has moved to another level. Some countries are taking tighter measures to ensure the dreaded virus does not spread.

Iran has temporarily released more than 54,000 prisoners in an effort to combat the spread of the new coronavirus disease in crowded jails.

Judiciary spokesman Gholamhossein Esmaili told reporters the inmates were allowed out of prison after testing negative for Covid-19 and posting bail.

“Security prisoners” sentenced to more than five years will not be let out.

The jailed British-Iranian charity worker Nazanin Zaghari-Ratcliffe may be freed soon, according to a British MP.

Tulip Siddiq cited the Iranian ambassador to the UK as saying that Ms Zaghari-Ratcliffe “may be released on furlough today or tomorrow”.

Her husband said on Saturday that he believed she had contracted Covid-19 at Tehran’s Evin prison and that authorities were refusing to test her.

But Mr Esmaili insisted on Monday that Ms Zaghari-Ratcliffe had subsequently been in contact with her family and “told them about her good health”.

Ms Zaghari-Ratcliffe was jailed for five years in 2016 after being convicted of espionage charges that she has denied. The UK has also insisted she is innocent.

A Foreign Office spokesman said: “We call on the Iranian government to immediately allow health professionals into Evin prison to assess the situation of British-Iranian dual nationals there.”

There have been more than 90,000 reported cases of Covid-19 worldwide and 3,110 deaths since the disease emerged late last year – the vast majority in China.

The outbreak in Iran has killed at least 77 people in less than two weeks.

Saxon is a prolific writer with passion for the unusual. I believe the bizarre world is always exciting so keeping you up to date with such stories is my pleasure
Previous Doctors Shocked As Woman Is Diagnosed of Having Alcohol-Producing Bladder
Next Meet Bernie Carroll, UK’s Most Opinionated Man Who Has Been Sending Angry Letters To A Newspaper Every Day Since 1978