Home / Europe / Meet Tatyana Dvazhdova, The Female Boxer Who Hid Her Gender So She Could Compete Against Men (Photos)

Meet Tatyana Dvazhdova, The Female Boxer Who Hid Her Gender So She Could Compete Against Men (Photos) 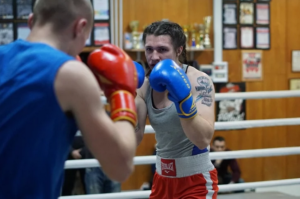 She has been fighting for gender equality for so many years so she chose to do it another way.

Tatyana Dvazhdova does not see herself as a weaker sex.

The 22-year-old female boxer from Russia does not believe she is weaker than a man, so she chose to prove this point by spending years hiding her gender and fighting male boxers under the fake name “Vladimir”.

During a conference called “International Women’s Day – Feminism, Socialism, Sexism”, Tatyana Dvazhdova revealed that a few years ago she posed as a male boxer in order to fight against other men and prove that she was their equal.

What this muscular woman did was to cut her hair short, let her body hair grow and did everything she could to conceal her female traits. She even got a fake ID and fought under the name Vladimir Ermolaev , winning 9 out of her 17 boxing matches. Tatyana proved her point, that women can compete against men in boxing, but as soon as she revealed her true identity, she was banned from competing against men. 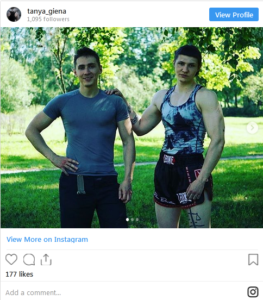 “All was good until one day my trainer told me I’d be fighting a girl soon. I told him I wanted to fight a man as I felt like I could do it and beat them. He said rules don’t let females officially fight males. That is when I left the club,” Dvazhdova recalled about her early days in boxing. “I always wanted to fight only with men because they say females are weaker and I wanted to prove the opposite.”

After leaving her club, Tatyana, who has been boxing since she was 16, turned to street fights, where she reportedly only went against men. Eventually, she returned to her first love, boxing, but this time she wouldn’t be denied the opportunity to prove herself men’s equal. She became Vladimir Ermolaev, and for years managed to conceal her true gender.

“I tried not to talk to my opponents, not to say a word to not be exposed,” Tatyana said. “The guy whom I beat didn’t even know I was a girl.” 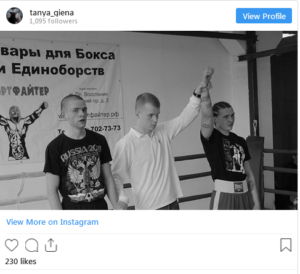 Tatyana‘s story originally came out in 2017. Since then she has been busy fighting against gender discrimination and equal opportunity, both inside and outside the boxing ring. She has boycotted women’s boxing matches asking officials to change the rules and allow her and other women boxers to fight against men, but has yet to achieve success.

Tatyana who works as a loader, says that she also faces discrimination on the job as well. Her job as a loader is typically done by men. She says a lot of people cancel their order the moment they learn she is a woman. 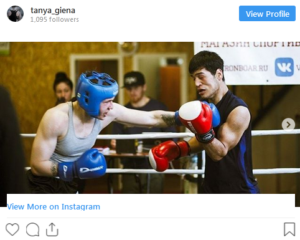 Most women might not agree with Tatyana’s approach to the fight against gender discrimination. Probably they would prefer doing it from a distance, not in combat sport like Tatyana, so that they would live to know the outcome of their fight. Lol!!!

Saxon is a prolific writer with passion for the unusual. I believe the bizarre world is always exciting so keeping you up to date with such stories is my pleasure
Previous Vietnamese Motorists Create Roadworthy Cars, Motorcycles Using Cardboard (Watch Video)
Next Pastor Ordered to Stop Claiming He Has Cure For Coronavirus