Man fakes death, travels to his village in Ambulance during coronavirus lockdown 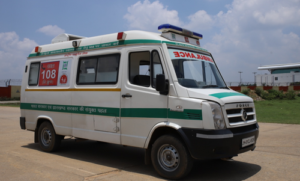 A man in Kashmiri village, India, faked his death and travelled more than a hundred kilometres in an ambulance with four others in a desperate bid to circumvent India’s coronavirus lockdown and return home, police said on Wednesday (April 1).

Mr Hakim Din was being treated for a minor head injury at a hospital in Jammu when an ambulance driver suggested the 70-year-old fake his death to get past checkpoints, police said.

Mr Din and three other men wanted to return to Poonch, a far-flung region in Indian-administered Kashmir close to the de facto border with Pakistan.

The region’s Superintendent of Police Ramesh Angral said the four men and the driver travelled more than 160 kilometres in the ambulance, passing many checkpoints using a fake death certificate from the hospital.

“The ambulance was stopped at the last checkpoint before they could reach home,” Mr Angral told AFP.

“A policeman there immediately figured out that the man lying covered inside the ambulance could not be dead.”

The men were arrested and quarantined separately, Mr Angral said, adding that they faced charges of “cheating and defying the government’s prohibitory orders”.

There are no known coronavirus cases in the Poonch region.

India imposed a 21-day nationwide lockdown from last Wednesday to fight the spread of coronavirus pandemic.

Saxon is a prolific writer with passion for the unusual. I believe the bizarre world is always exciting so keeping you up to date with such stories is my pleasure
Previous COVID-19: We’re suspending services for now – Sex workers
Next Father gives son hilarious haircut to make sure he doesn’t sneak out during lockdown