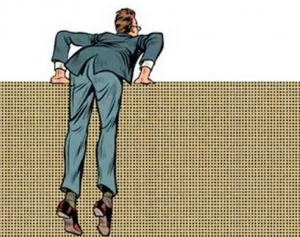 The Nigeria enforcement of the restriction orders in the Federal Capital Territory (FCT), Abuja became surprising on Sunday as the pastor in charge of the Shekinah Glory church, jabi, with some of his Deacons and some other church workers flew over the fence to avoid being arrested on sighting the Ministerial Enforcement team whose leader was Mr. Ikharo Attah.

Meanwhile, an FCT Mobile court in Jabi has declared and ordered an endless closure of the Shekinah Glory Church, which was located just opposite the Citec Estate in Jabi

The presiding magistrate, Mabel Bello, has instructed that the general overseer of the church whose name is Pastor Kalu, who escaped alongside some church leaders by climbing the fence, be tracked and arrested as soon as possible.

Mr. Ikharo attah further explained that on sighting his team, the Pastor, and some other leading church workers including the church Deacons and Ushers all flew the fence and escaped, but unfortunate some of the church members, especially the women who could not jump over the fence were arrested punished, punishment included community ser for 3 hours and payment of the sum of N1,000 as fine.

Attah in addition said that search for the pastor and church workers was currently going on, in order to face the law for defying the lockdown order.

Saxon is a prolific writer with passion for the unusual. I believe the bizarre world is always exciting so keeping you up to date with such stories is my pleasure
Previous Tanzanian President orders probe on COVID-19 kits after goat and pawpaw test positive for Coronavirus
Next Woman killed by alligator as she tried to touch it