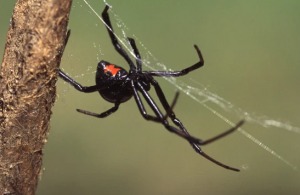 This viral story is a warning to parents to closely monitor actions of their kids after watching superhero movies.

Three young Bolivian brothers ended up in the hospital fighting for their lives after getting a black widow spider to bite them thinking it would turn them into Spider-Man, according to officials.

The Marvel-loving siblings, ages 8, 10 and 12, found the spider while herding goats in Chayanta, a Ministry of Health official revealed at coronavirus briefing Saturday, according to Telemundo.

The kids who thought that the spider would give them superhero powers, prodded it with a stick until it bit each of them in turn, said the official, Virgilio Pietro.

After discovering the kids were not responding to treatment at the hospital, they were transferred a third time, taken to the Children’s Hospital in La Paz the next day with fevers, tremors and muscle pains, according to the report.

There, they were treated and discharged on Wednesday, May 20, almost a week after they were bitten, the report says.

“I am only sharing this story because it should act as a warning for parents to be careful. To children everything can seem real. Films can be real, dreams can be real and they are the illusions of our life,” said Virgilio Prieto, head of Epidemiology at the Bolivian Ministry of Health.

With venom 15 times stronger than a rattlesnake’s, black widows are one of the most feared spiders in the world, and the most venomous in North America, National Geographic says.

While their bites are not usually fatal, children are among those most at risk, along with the elderly and infirm, the site says.

Though the black widow spiders are not aggressive and bite only in self-defense, one bite can cause tremendous damage only imagined in a nightmare.

Saxon is a prolific writer with passion for the unusual. I believe the bizarre world is always exciting so keeping you up to date with such stories is my pleasure
Previous Indian man kills wife with cobra, after failing earlier with viper, so he can marry another woman
Next Have you seen the beautiful salt pools in Egypt?