Home / Europe / Man gets $45,000 after suing employer over boring job that got him depressed

Man gets $45,000 after suing employer over boring job that got him depressed 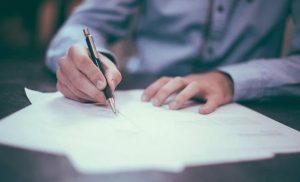 You might as well start discussion with your lawyer if you’re not having fun with your job presently. A man just made history as the first to get paid after suing his former employer over boring job. Sounds weird but it happened.

Frederic Desnard, who worked as a manager at a Parisian perfumery until 2015, sued his former employer because his job was so boring that it made him depressed and forced him to quit. He recently won the trial and a $45,000 compensation.

The story began back in 2016, when Frederic Desnard made international news headlines for suing French perfumery Interparfum for $400,000 for making him work a boring job that at one point made him suffer an epileptic fit and left him feeling depressed. He also claimed that the company signed him off work for several months, and later used his prolonged absence as an excuse to fire him in 2014. Last week, after four years of litigation, 48-year-old Desnard won his case, and a compensation of $45,000.

Paris’s appeals court ruled that Frederic Desnard suffered from “bore out”, which is technically the opposite of burnout, where an employee is overworked. The former manager’s lawyer claimed that the complete lack of stimulation at work had left the man feeling “destroyed” and “ashamed”, even triggering an epileptic fit when he was driving.

“I went into depression,” Desnard told AFP in 2016. “I was ashamed to be paid to do nothing. The worse part of it was denying this suffering.”

Desnard said that he was asked to do nothing but menial tasks over the course of four years, an experience he described as “a descent into hell”. These tasks allegedly involved setting up the CEO’s new tablet and letting a plumber into his boss’s home.

Interparfum defended itself by arguing that Frederic Desnard had not complained about his boring job and lack of stimulation during his four years at the company, but only after learning that he was going to be made redundant.

Although “bore out” wasn’t even a term recognized by French law when Desnard sued his former employer in 2014, the Paris Court of Appeal ruled that bore out was indeed a form of moral harassment. It didn’t order Interparfum to pay its former manager $400,000 as he had originally requested, instead opting for little over 10 percent of that as compensation.

Saxon is a prolific writer with passion for the unusual. I believe the bizarre world is always exciting so keeping you up to date with such stories is my pleasure
Previous Toilet paper that lets you use poo to paint creative art work
Next Man Divorces Wife Two Days After Wedding After Finding Out She Was a Man, paid N500K as bride price