Home / Uncategorized / We’ll be back! Inmates break out of prison after dropping note promising to return in two weeks

We’ll be back! Inmates break out of prison after dropping note promising to return in two weeks 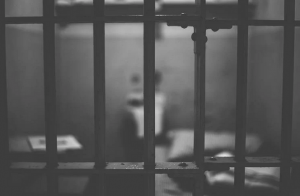 Two inmates in Rebibbia prison, Italy, have left authorities stunned after breaking out of the prison and leaving behind a letter promising to return as soon as possible. In the letter they explained their reason for escaping, Italian media report.

It all began on the night of June 2nd, when two cousins, Davad Zukanovic, 40 and Lil Ahmetovic, 46, serving time at Rome’s Rebibbia prison, succeeded in escaping by cutting through the bars on their prison cell window, rappelling down into the courtyard on a fire hydrant water hose and climbing over the outer walls by climbing the barbed wire with a wire cutter. The two had explained in the letter they left in their prison cell, that they had an urgent family problem to take care of and promising to be back in 15 days.

In their letter to the prison staff, Zukanovic and Ahmetovic claim that they had to escape in order to “protect their children from a nasty business they had got themselves into,” adding that they were the only ones able to do this, since both their wives are also behind bars. At the end, a couple of lines read that the two plan to return and stand before the judicial authority as soon as their personal matter was resolved.

Italian police confirmed that they wrote the letter after discovering that the note had their fingerprints on it, but what they do not believe completely is the promise of the two fugitives to return in two weeks time. The police has since launched a serious search for the two cousins. 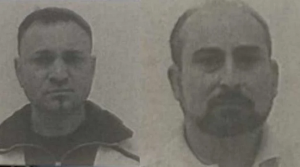 Zukanovic and Ahmetovic were serving sentences due to end in 2029 for non-violent crimes, including fraud and receiving stolen goods. Even if they respect the promise made in their letter, they are still facing a 5-year sentence extension for escaping the prison. That only makes their voluntary return even more unlikely.

According to surveillance videos from the prison, suspicious movement was detected at around 3 am, and considering that staff only noticed the two cousins’ absence at morning call, it is believed that they had at least a good 3-hour head-start on their pursuers. Their mug shots were immediately shared with the police and the media, but the two have yet to be caught. Maybe Italian authorities will get lucky and Zukanovic and Ahmetovic will finish up their personal business sooner and stay true to their promise…

Saxon is a prolific writer with passion for the unusual. I believe the bizarre world is always exciting so keeping you up to date with such stories is my pleasure
Previous Man Divorces Wife Two Days After Wedding After Finding Out She Was a Man, paid N500K as bride price
Next Woman makes much money by pretending to be zombie as she sells dead people’s clothes online