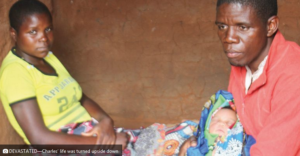 As agitations against rise in rape incidents across the society increases, a heartbreaking story of a young woman who was violated by a medical doctor is causing serious outrage among members of the public.

This is one in many incidents which eventually fail to see the light of the day due to stigma or settlement between the accused and the victim’s family but this particular incident is already drawing attention of stakeholders against rape in the society.

It happened on March 29, 2020 in Phalombe, a district in the Southern region of Malawi. That day remains a traumatic day for Mrs. Elizabeth Charles, a 21-year-old woman who alleged that she was raped when she was about six months pregnant by a hospital employee at Nambazo Health Center in Phalombe, reports Times Malawi.

Malawi news visited Mrs. Charles, a mother of three little girls, and she narrated to them how the entire incident happened. She said she remembers the incident like it was yesterday when her innocent attempt to seek medical attention at the health facility brought shame and misery to her life.

“On this particular day I went to the clinic for my usual ante-natal checkup. I did everything as we usually do when we go to the hospital. In the process of routine checkup I entered one room for other checkups.

“The doctor asked me to lie down and I had to remove my underwear however, I then noticed the doctor undressed as well. When I asked him what he was doing he covered my mouth with his hands and pinned me down…. I tried to push him but I was not successful and before I knew it he had raped me,” she said. 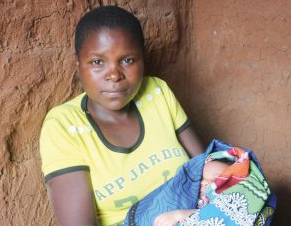 When the incident happened, with a heavy heart, Mrs. Charles went home and reported to her parents who took up the matter with the police and the clinic’s officials.

“At this time my husband was not around so my parents advised me that we should go back to the hospital where they established that indeed I was raped. We then went to Mambazo Police Station to report the matter and we were told to go back home and that we will be contacted,” she said.

However, a few days later, Mrs. Charles was surprised to receive officials from the hospital who claimed they had been sent by the suspect to find out how much money Charles and her family would need in order to drop charges against their colleague.

“We told them we are not dropping the charges against him but they said they had brought K30,000 which we received and took to the police as part of our evidence in the matter.

“When we took the money to the police, they gave us the same response that we go back and they will give us a call once they conclude their investigations. However, it was sad that the matter was not handled and to our surprise, we were told the doctor has been transferred to Phalombe District Hospital,” she said.

Charles, who gave birth to a girl on June 16, 2020, said she is grateful for her husband who has been supportive and offered her all the help she needed during this time.

“I was traumatised, let me not lie to you; I was scared to go to the clinic for any other help. However, my husband is the one who has been by my side during the entire time I was pregnant since the issue happened,” she said.

Her husband described the incident as the worst feeling no man should experience.

“I was hurt, I am hurt sometimes I do not understand how a sane and professional man would do that to us,” he said.

Our attempts to speak to officials at Nambazo Health Centre did not yield much as they kept tossing us around.

Youth Net and Counselling (Yoneco) official in the area, Peter Simenti, said he has been following up the matter to ensure justice is served.

“She came to us when the matter had just happened. We have been following up on the matter…we actually took it up to the office of the Ombudsman here in Phalombe,” he said.

However, Ministry of Health spokesperson Joshua Malango said the ministry has heard about the issue informally and said it does not condone such behaviour from medical personnel.

He however pointed out that the issue is still under investigation.

“The District Health Office is still doing investigations on the matter and so is the police. So we will wait for the official report from the two offices and after that, proper measures will be followed.

“The ministry acts upon an issue when it has been finalised and in this case, we will refer the matter to Nurses Council for appropriate action after the official report,” Malango said.

Saxon is a prolific writer with passion for the unusual. I believe the bizarre world is always exciting so keeping you up to date with such stories is my pleasure
Previous Traumatized man sues girlfriend for $160,000 damages after allegedly catching mouth disease from kissing her on first date
Next Creepy plant that looks like Zombie toes shocks the internet (photos)