Home / Uncategorized / Company Wants To Pay Someone $10,000 Just To Poo 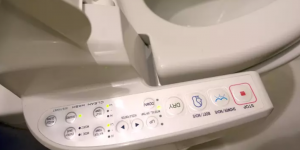 This sounds like definition of ‘dirty money’ but it’s nothing near that at all. This is cool cash to be made probably in the least expected environment.

A huge job opportunity from bidet company, Tushy, will make someone rich for carrying out the most bizarre function – just to poo.

They’ve advertised the job under the title ‘VP for Fecal Matters’ – yes really – and it will essentially require the successful candidate to test out a load of products, interview folks about what they get up to in the bathroom, and share their experiences on social media.

The work does not come as easy as it sounds because there’s a clause attached to it.

The entire world has to hear about your experience while using the toilet. You will go to the social media and talk about the things that no-one else really wants to. If you’re fine with that, you might just stand a chance of bagging the role, though. 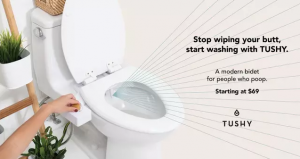 If you are sat there right now – perhaps emptying your bowels for free – and you think you should be getting income for your leavings, why not send Tushy a video application.

There is also an age limit. The job is only meant for those over the age of 21, which means that you’ve gained significant experience in the field of using the big toilet all by yourself.

So, you’ll have to discover some way to stand out from the crowd, without being too disgusting or off-putting. This is a sales job, after all.

In a pun laden job advert, the bespoke toilet product company wrote: “TUSHY is looking for our first VP of Fecal Matters to ASSist in the day to day op-poo-rations of our #Bidet2020 campaign.

“With guidance from our Chief Pooping Officer, Dr. Mark Hyman, our new VP of Fecal Matters will be testing and studying their own pooping habits and documenting it via TUSHY’s social media.

“This will be a fart-time, (about the average time you spend on the toilet per week), $10,000 contract role.

“On day one, the new VP of Fecal Matters will have a one-on-one with Dr. Mark Hyman and TUSHY’s founder Miki Agrawal to plan out their dooties.

“By week two, the VP of Fecal Matters will have assembled a butt-ton of data around their bowel movements based on their diet and research.

“By their final week, they will have converted more buttholes to the TUSHY movement through their research and content.”

Saxon is a prolific writer with passion for the unusual. I believe the bizarre world is always exciting so keeping you up to date with such stories is my pleasure
Previous Angry Woman Flogs Couple With Plank After Catching Them Having Sex In Bush (video)
Next Watch as By-Standers Catch Two Brothers Who Jumped 40 Feet From Burning Building (video)