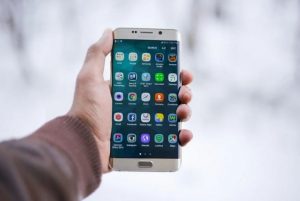 This story is probably a wake-up call for everyone to be careful with their mobile phones especially if they operate mobile banking system. You could just be faced with a liability you never bargained for once the phone gets stolen.

A Russian man is taking a bank to court for forcing him to pay interest on a loan he never asked for, after fraudsters used his stolen smartphone to take out the pre-approved loan in his name.

Vladimir Volokhovich, from Moscow, has been making news headlines in his home country of Russia after finding himself right in the middle of an unusual scandal. Volokhovich is being asked by the Russian branch of Alpha Bank to pay up a pre-approved loan taken up by fraudsters in his name, using his stolen mobile phone. Not only did the scammers manage to transfer part of the funds to their accounts, but the interest on the loan Vladimir never asked for is adding up every day. The bank, however, refuses to cancel the loan, claiming that Vladimir should have reported his smartphone as stolen sooner.

“I lost my mobile phone, on which the Alfa-Bank application was installed,” Vladimir Volokhovich told Russian radio Kommersant FM. Due to a number of circumstances, I could not immediately block access to any of my apps, since I didn’t have Internet access for 24 hours after losing it. Later, I received information from a colleague that my phone had been found, and that the person who found it would call the next day so I could meet them to pick it up.

“As it turned out, this was a trick designed to buy time and allow the scammers to get a loan in the amount of 1.5 million rubles ($20,000) , issued using a simple electronic signature,” Volokhovich added. “They managed to withdraw 140 thousand rubles ($1,900) to their accounts, before the bank blocked transfers. The question is not even so much about the lost amount, although it is also important, but about the fact that I did not take this loan. The loan interest is very high. If within five years you pay off a loan of 1.5 million rubles, then the interest alone is 300 thousand ($4,000).

Unhappy about the development, Vladimir filed an application asking for the loan to be canceled, arguing that he was the victim of a scam.  Alpha Bank rejected his request tocancel the loan because he failed to report his smartphone as stolen and block his SIM card. the financial institution claims that it cannot protect clients from loss or theft of a smartphone, and that it is their duty to notify the bank immediately so it can block all access.

“If the bank was not notified in advance, in fact, the risk of adverse consequences can be easily assigned by the court to the victim,” Anton Bakulin, a member of the Moscow lawyers’ board, told Kommersant FM.

Speaking with 360TV, Vladimir Volokhovich also took issue with how easily the loan was approved. All fraudsters had to do was ask for a pre-approved loan and confirm with an electronic signature (a code sent via SMS) in the Alpha Bank app.

“Did I ask for the loan, sign the papers, did I show up in person? How could you give a stranger a loan in my name? Is it legal? The document – the loan agreement – is signed by electronic signature,” the victim complained.

Alexey Izotov, a member of the State Duma Committee on the Financial Market, told 360TV that pre-approved loans are meant to reduce contact between clients and bank employees, and are considered as a facility for clients.

Izotov does not believe such loans  should be limited because of fraud cases like Vladimir’s, but admits that it is necessary to legislatively combine modern digital technologies with old paper-based procedures in order to minimize risks for Russians.

Saxon is a prolific writer with passion for the unusual. I believe the bizarre world is always exciting so keeping you up to date with such stories is my pleasure
Previous Highway passes through building after owners refused to sell property to government (Video)
Next Woman temporarily thought she was a chicken after suffering from rare illness