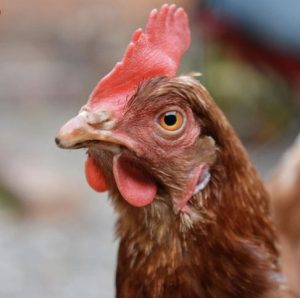 “Mummy calm down!” This was probably what her kids were saying when she started behaving like a chicken after thinking she had actually turned. I bet you may not have heard about this rare illness. It is called zoanthropy, a mental disorder that makes someone think they are an animal.

This was what doctors at KU Leuven University in Belgium recently reported when they observed the bizarre case of a 54-year-old woman who was convinced she was a chicken and temporarily behaved like one.

The married woman, whose name was not revealed, reportedly had a stable job at a pharmacy and had no history of drug or alcohol abuse before the strange episode. One day, her brother stopped by and found her clucking, blowing her cheeks and crowing like a rooster. Not knowing what to do, the woman’s brother took her to a nearby hospital, where the 54-year-old told doctors she thought she was a chicken and described feeling a new sensation in her legs.

The sudden episode of zoanthropy – a mental disorder in which one believes oneself to be an animal – ended when the woman suffered a seizure. She appeared to be her old self again after that and had no recollection of her short time acting like a chicken. The doctors’ report mentions that she was embarrassed when her family told her what had happened and why she was in the hospital.

“Clinical zoanthropy, or the conviction of having turned into an animal, is a rare delusion,” KU Leuven researchers wrote. “There are different views about its pathogenesis. This delusion can occur with an underlying psychiatric disorder, but it can also be secondary to structural or functional disorders of the brain.”

The only probable cause the woman’s case is likely to be depression since it was reported by Oddity Central she had lost a beloved family member. This angle was disputed as it would have also affected her other relatives as well if it was what led her to think she was a chicken.

According to the case study published in the Tijdschrift voor Psychiatrie journal, there have been only 56 case descriptions of zoanthropy episodes in medical and historical literature between 1850 and 2012. The limited research on this subject features testimonies of patients who thought they were a dog, lion, tiger, hyena, shark, crocodile, frog, bovine, cat, goose, rhinoceros, rabbit, horse, snake, bird, wild boar, gerbil and a bee.

Symptoms of zoanthropy can reportedly last from one hour to several decades, and cases are more prevalent in rural and non-industrial areas.

Saxon is a prolific writer with passion for the unusual. I believe the bizarre world is always exciting so keeping you up to date with such stories is my pleasure
Previous Man drags bank to court for forcing him to pay back loan he never took after his phone was stolen
Next Man goes viral after posting video of himself sitting idle for two hours (Video)