Home / Asia / Woman seeks divorce because husband is ‘doesn’t fight’ with her, says he loves her ‘too much’

Woman seeks divorce because husband is ‘doesn’t fight’ with her, says he loves her ‘too much’ 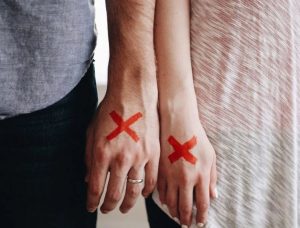 You might think that every woman wants to be extremely loved by her spouse. Well that could be true for most women but not in this case.

A woman in Sambhal district of Uttar Pradesh, India, has sought a divorce from her husband just 18 months after her marriage.

The woman’s reason for approaching the Sharia court in Sambhal to seek a divorce is because her husband loves her too much and does not fight with her, reports India Today.

The woman said her husband even helps her in cooking and performing household chores. “Neither he [husband] ever shouted at me nor he ever disappointed me over any issue. I am feeling suffocated in such an environment,” the report quoted her as saying.

“Whenever I make a mistake, he always forgives me for that. I wanted to argue with him,” she said.

She says she does not want a life where her husband agrees to everything.

The cleric of the Sharia court was baffled when he heard the reason for the divorce and rejected her plea, terming it as frivolous.

The cleric also asked the woman if she had any other reason for the divorce. To which, she responded in negative. After the cleric refused to decide on the plea, a local panchayat heard the matter. But it also refused to give a ruling.

According to the report, her husband has said that he does not think he has done anything wrong and only wanted to be a perfect husband.

He also appealed to the Sharia court to ask her wife to take back the case, following which the court rejected her plea. The Sharia court has asked the couple to resolve the matter by themselves.

Saxon is a prolific writer with passion for the unusual. I believe the bizarre world is always exciting so keeping you up to date with such stories is my pleasure
Previous Watch as Forest Guards Rescue Two Huge Pythons Found By Farmers
Next Aspiring teachers caught cheating with exam answers painted on nail