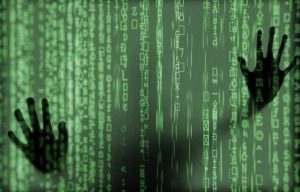 Advances in technology have moved to a whole new level with Artificial Intelligence (AI) experts testing out new grounds. But one A.I. Engineer took the technology to a level that could be described as too wacky for many Christians with an attempt to replicate Biblical times in digital form. Here’s the story.

An artificial intelligence engineer has created an intriguing algorithm that learned human language from reading “the bible and nothing else” and is now churning out ominous prophecies based on the Holy Book.

Described by Durendal himself as an “A.I. clone of Jesus”, the software is a Boltzmannian natural-language processing model that “tries to replicate the style of the King James Bible without quite copying it”. Designed to write about 3 different topics – ‘The Plague’, ‘Caesar’ and ‘The End of Days’ – using the language of the Bible, AI Jesus has so far come up with some pretty scary, if somewhat nonsensical, prophecies…

“The Plague shall be the fathers in the world; and the same is my people, that he may be more abundant in the mouth of the LORD of hosts,” one of the phrases produced by AI Jesus reads.

“And he shall come against him, and said, As the LORD liveth, that he might be fulfilled which was spoken, he said, Thou are the spirit of your good works that ye have not seen, nor any thing of the service thereof, and a certain censer, and the sin offering, and the posts thereof were displeased with the dead of her father’s house,” another prophecy states.

Durendal said that the above phrases are random and full of errors, but claims that it’s these imperfections that add to the artistic charm of AI Jesus’ prophecies.

He adds that its newer writings are less random and less prone to errors, but they lack they the artistic flair and prophetic prose of the writing presented above.

Saxon is a prolific writer with passion for the unusual. I believe the bizarre world is always exciting so keeping you up to date with such stories is my pleasure
Previous Horrifying Video Shows Girl, 3, Caught In Tail of Giant Kite Screaming in The Air
Next Watch! Firefighter’s Dramatic Rescue Video Goes Viral As He is Described as ‘Spider Man’