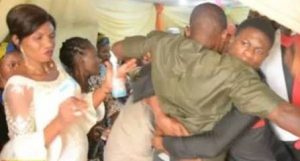 This is a viral video showing a man whose wife was wedding her boyfriend in a church but the wedding got disrupted as family member of the man claiming to be the woman’s husband insisted the wedding should be cancelled. 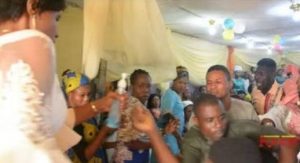 The man who is having a health challenge said while he was in the hospital a letter was brought to him which he never knew was divorce letter but he later wondered how the court could agree to divorce a couple when the two parties involved were not present. The woman’s family also claimed they had returned the bride price but the man’s family said it was false.

Watch the unbelievable incident below;

Saxon is a prolific writer with passion for the unusual. I believe the bizarre world is always exciting so keeping you up to date with such stories is my pleasure
Previous Watch! Firefighter’s Dramatic Rescue Video Goes Viral As He is Described as ‘Spider Man’
Next Woman spots ‘ghost of her father’ visiting house to sit in his favourite chair