Wild mouse passes out after eating its way though cannabis crop 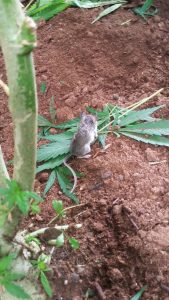 This mouse was definitely having fun until something suddenly went wrong.

The incident happened in New Brunswick in Canada, where growing small amounts of cannabis is legal.

Colin Sullivan who grows cannabis legally noticed that tiny nibbles were being taken out of his carefully-tended crop, reports Daily Star.

It didn’t take him time to find the culprit and exposed them on Facebook. He wrote: “For 2 days in a row I’ve caught this little pot-head taking leaves off of my plant and eating them until he passes out,” he wrote.

“He’s missing an ear so it may be self medication for his PTSD but I still think its time for an Intervention.

“I’ll let him sleep this one off,” he added, “but when he wakes up he’s getting a real stern talking-to.” 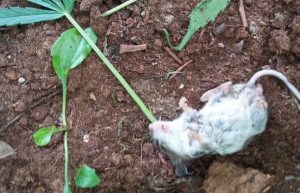 Days later, Colin shared an update on the small stoner’s condition: “So it’s been a couple of rough days for our little baked buddy here and despite a belly ache and a wicked bad case of the munchies I think he’ll make a full recovery.

“He’s been weaned to one medium leaf per day and seems to be adjusting well.

After a week, Colin decided the druggy dormouse was ready to be released back into the wild. He posted one last poignant – and pun-packed – farewell to his weed-loving companion: “On the rodent To redemption!

“After a long and desperate battle with addiction this little mouse has grinded up his struggle , picked out the seeds and stems and is ready to roll out.”

Saxon is a prolific writer with passion for the unusual. I believe the bizarre world is always exciting so keeping you up to date with such stories is my pleasure
Previous Watch as Swan ‘Forces’ Woman To Wear Mask Properly In Viral Video
Next Couple living in frustration after realising house was ‘built under a car park’