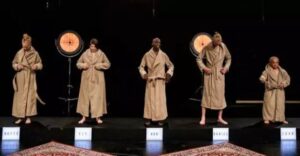 This seems weird but organizers of the show have good intentions for it though things seem to have turned a bit sour.

An award winning Danish TV show has come under criticism because it features adults stripping down completely naked in front of children.

The show may be controversial but the it was structured to project a message about body positivity, reports Ladbile.

The show is called Ultra Strips Down and sees grown-up folks getting their kit off in a controlled environment in front of kids between the ages of 11 and 13 in order to show them that there is no such thing as a ‘normal’ or ‘perfect’ human body.

The show claims to “promote body positivity and combat body-shaming” but obviously some people aren’t impressed by it.

A recent episode saw five people enter an auditorium where the kids were sitting wearing robes, before throwing the robes off and answering questions from the curious kids. 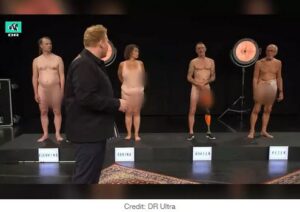 One of the kids asked: “At what age did you grow hair on the lower part of your body?”

Another said: “Do you consider removing your tattoos?”

A third even went as far as to ask: “Are you pleased with your private parts?”

The show – which is on Denmark’s DR Ultra channel – has proven hugely popular in the Scandinavian country, where people aren’t quite is uptight about nudity.

In fact, it even won a Best Children’s Programme award at the Danish TV Festival.

However, after a clip was shared on Facebook, some have complained about the show.

On Twitter, one person said: “The show claims to teach kids about different body types by exposing them to naked adults,

“Why? Why are there now so many pushing to destroy children?” 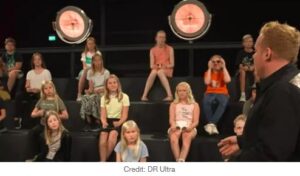 Another person commented: “This is so heartbreaking. What happened to the innocence of childhood?”

To be fair, they’re just trying to educate children on their bodies, and the bodies of others. Why is that such a bad thing, eh?

According to the New York Times, a member of the far-right Danish People’s Party, Peter Skaarup, said that the show is guilty of “depraving children”.

He said that the children are being exposed to this sort of thing “far too early”.

But others can defended the programme, with one supporter writing: “Children have to learn about anatomy at some point, and they are being exposed to far, far worse via the internet, at much younger ages than this.”

DR Ultra said that the show is “educational TV for kids and families who can have a healthy talk about what bodies look like.”

Saxon is a prolific writer with passion for the unusual. I believe the bizarre world is always exciting so keeping you up to date with such stories is my pleasure
Previous Moroccan Authorities Demolish ‘Offensive’ Fish Statues After Online Outrage
Next ‘Giant Rat’ Discovered To Be Blocking Sewer