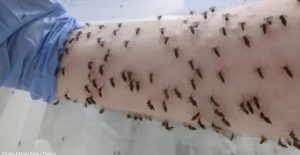 Scientists go through a lot to come up with impressive inventions but this one is a bit weird.

Dr. Perran Stott-Ross, an entomologist from the University of Melbourne does an experiment where he lets thousands of mosquitoes bite his arm regularly in order to keep them fed for research on eradicating Dengue fever.

Ross has been involved in mosquito research at the University of Melbourne for many years now, trying to find effective ways of curbing the spread of the Dengue virus, passes between humans via mosquitoes. One of the most promising strategies has been infecting swarms of mosquitoes with Wolbachia, a bacteria that naturally blocks the transmission of dengue fever and is passed on over generations of mosquitoes. But in order to further this research, Dr. Stott-Ross has to monitor thousands of blood-sucking bugs, and as part of that monitoring he offers his own arm as an all-you-can-eat buffet…

The Australian scientists first drew attention back in March, when he tweeted a photo of his blister-covered arm after reportedly feeding a record 5,000 female mosquitoes. He admits that the bites can be painful sometimes, and that he always has to abstain from scratching after blood-feeding sessions.

“Sometimes it can sting a little bit if they get you in the right spot, but mostly it’s just slight irritation,” Ross told Science Alert. “It’s absolutely itchy later. As soon as I take my arm out, I have to resist the urge to scratch.”

Looking at some of the photos and videos Perran Stott-Ross has shared on his Twitter account, one has to wonder if he has developed an immunity to the pain and irritation associated with mosquito bites. I myself can barely handle one or two stings, but having my whole arm covered with them… I can’t even imagine how itchy that must feel.

“Record day of mosquito blood feeding today. ~5000 female mosquitoes fed and 16 mL of blood lost,” the scientist captioned one of his most shared photo.

Saxon is a prolific writer with passion for the unusual. I believe the bizarre world is always exciting so keeping you up to date with such stories is my pleasure
Previous Woman Who Went Missing 2 Years Ago Found Floating Alive At Sea (Video)
Next Boy Who Killed His Fish By Cuddling It Has Learned His Lesson 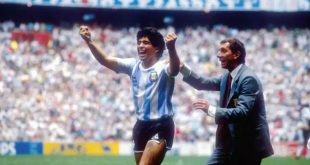 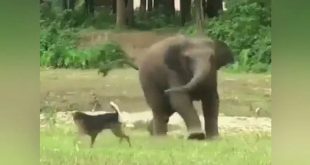 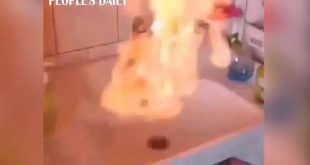 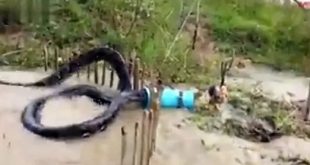 Huge Snake Gets Caught In Trap – But Watch What Happens Next 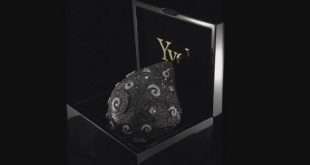 Sounds weird but the rich and classy might not mind this latest fashion item. An …