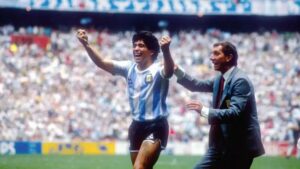 Shortly after the death of Dieogo Maradona, what looks like paternity tussle has commenced.

A teenager who claims that he’s the son of Maradona has demanded that the Argentine football legend’s body be exhumed.

Santiago Lara, 19, has now told his lawyer Jose Nunez to make a request to the courts just hours after Maradona was buried.

The request was submitted in Lara’s home city of La Plata, which is about an hour’s drive south of capital Bueno Aires.

He has asked for the body to be exhumed and sent to a court morgue, as well as access to the Barcelona and Napoli star’s autopsy and DNA results.

This follows a six-year-long battle to discover the truth about his parentage that started when he saw a picture of Maradona in a paper with his pixelated face beneath it when he was just 13 years old.

Lara’s mum died aged 23 from lung cancer in 2006 after an alleged seven year relationship with Maradona, who is widely regarded as one of the greatest footballers of all time.

Lara was raised by his mother’s ex-boyfriend, Marcelo Lara. 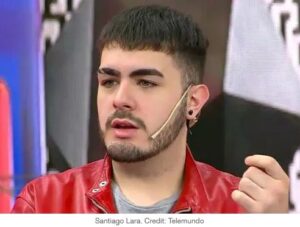 However, the teenager started his campaign to prove that he is Maradona’s biological son whilst he was alive, after failing to reach an amicable settlement with the footballer’s own legal team.

He told Telemundo’s Suelta la Sopa programme: “My mum sadly died when I was just three years old but days before her death, when she had to remove her ventilator to speak, she told a group of lawyers I was Diego’s son.

“I just want to know who I am. The financial side of things is not something that matters to me.

“I know this demand is going to cause major turmoil in Argentina but if I don’t do this, who is going to give me the DNA?”

His lawyer later told another Argentine TV show: “We’re talking about a young lad who has been left in the dark about who he really is.

“Santiago didn’t come here today because he’s suffering emotionally. Not only does he not know who he is but he couldn’t say goodbye to his father.”

The court document submitted to La Plata Family Court Seven reads: “We ask you to submit through the chain of custody, the detailed results of the autopsy and lifeless body of Diego Armando Maradona.

“We request the sealing of the coffin containing Diego Armando Maradona’s body so it can be transferred to La Plata’s judicial morgue for its preservation.

“We ask that Jardin Bella Vista Cemetery receive the order to exhume the remains of Diego Armando Maradona so they can also be transferred to the same morgue.”

In 2016, Lara – who has been told he’s the image of his alleged biological father as a young man – said: “My dad is always going to be Marcelo Lara but what I’ve been told is that my real father is supposedly Diego Maradona.

“I think I look like him, the face, the curls, everything. I look at Marcelo and I know we’re not alike. It’s not easy to wake up in the morning with that feeling.”

Saxon is a prolific writer with passion for the unusual. I believe the bizarre world is always exciting so keeping you up to date with such stories is my pleasure
Previous Watch Adorable Video As This Baby Elephant Finds A Friend In A Dog
Next Jeff Bezos Shows Off Rocket Engine That’ll Put 1st Woman On Moon (Viral Video)