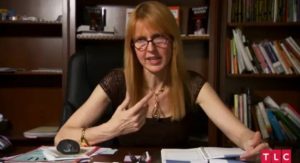 A woman dubbed the ‘world’s tightest millionaire’ says she never buys anything new and even tucks into cat food to keep down her costs.

Aimee Elizabeth, 50, is worth a whopping $5.3 million (£3.9m) but she seems not to buy the idea of splashing the cash, so this penny-pinching millionaire keeps a very tight rein on her finances.

Aimee, who lives in Las Vegas, gives herself a monthly spending budget of $1,000 (£750) and refuses to go over it, instead she says she worked out ways to save money in all aspects of her life.

Teach me your ways, Aimee.

Appearing on TLC’s Extreme Cheapskates, Aimee said: “I keep my water heater turned off, I need 22 minutes to heat it up enough to get a shower so I turn it on every morning when I get up.

“I set it for 22 minutes so I know exactly when my shower’s ready because God forbid I waste another minute on that water heater.” 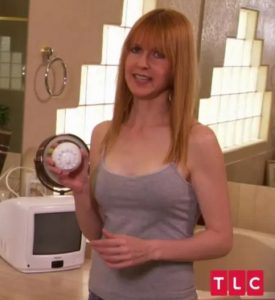 The multi-millionaire reckons this little trick saves her around $80 (£58) a month.

Aimee’s home was given to her following her divorce from ex-husband Michael and, somewhat unusually, Michael offers to clean the property for free so she can save a few hundred dollars on cleaning bills each month.

Aimee says the cleaning gives her ex a free workout and helps to keep him in shape, so it’s a ‘win win’.

Now, while we all like to save a penny or grab ourselves a bargain, one of Aimee’s cost saving tricks could be a step too far for many as she also confesses to eating cat food to save 30c (20p) on buying tins of tuna.

Instead of splashing out on the already fairly cheap tins of tuna, Aimee instead eats a cat food can labelled ‘chicken and tuna dinner in light gravy’.

Aimee also admits to feeding this to her (human) guests. Delicious.

She said: “When I go to these extremes I think people see it and it annoys a lot of them but I don’t care.

Saxon is a prolific writer with passion for the unusual. I believe the bizarre world is always exciting so keeping you up to date with such stories is my pleasure
Previous Woman ‘Kept Mum’s Body In Freezer For 10 Years’
Next This Elephant in Thailand Hates Tourists, Trashes Car in National Park (viral video)