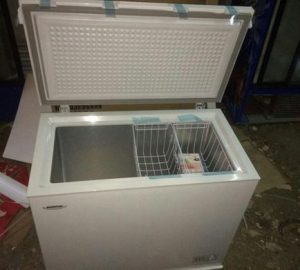 Police in Tokyo have arrested a woman for ‘hiding her mother’s body in her freezer for the past 10 years’.

Yumi Yoshino, from Tokyo, reportedly claims she found her mum dead and decided to hide it because the 48-year-old “didn’t want to move out” of the home they both shared.

According to reports, police found no visible wounds to her mother’s body, and authorities were not able to determine the cause or time of death.

Ms Yoshino had recently been ordered to leave the property due to unpaid rent, and her mother’s body was discovered by a cleaner.

Following the discovery, Ms Yoshino was arrested in a hotel in the city of Chiba on Friday (29 January).

Saxon is a prolific writer with passion for the unusual. I believe the bizarre world is always exciting so keeping you up to date with such stories is my pleasure
Previous 5-Year-Old Filmed Driving A Land Cruiser In Pakistan (Viral Video)
Next Meet Woman Who Dubbed ‘World’s Stingiest Millionaire’ Who Eats Cat Food, Never Buys Anything New