Home / Uncategorized / Mortgage Experts Say Buying A House On The Moon Could Cost $325,067 A Month

Mortgage Experts Say Buying A House On The Moon Could Cost $325,067 A Month 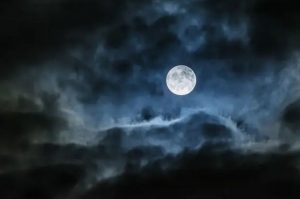 If you get tired of this earth and you want to get out alive you might consider emigrating to the moon.

Experts have released the first ever lunar mortgage guide, which has estimated how much it would cost to live there.

This sounds interesting but there are challenges up there you might need to consider.

Things to take into consideration include extreme weather conditions and a zero-gravity environment, as well as meteor-proofing the pad.

Experts at Money claim that before anything else, you’d need to get yourself a land license. One acre of land on the Moon’s most sought-after location, ‘the Sea of Rains’, would cost you a respectable £94.87, whereas a license in the ‘Sea of Vapours’ would cost £13.64.

Then you’d need tools, equipment and materials, as well as workers to help out (unless you’re a DIY master).

It’s expected to cost around £5.8 million to transport everything, because – believe it or not – there’s no B&Q 384,400km away from civilisation.

The publication then goes on to outline what would be classed as necessities – things like air seals, industrial-strength air-con and heaters, meteor proof windows, insulation and organic sources of energy.

Incidentally, those necessities that would cost an eye-watering £29 million.

However, it’s expected that after the first moon mansion (joke, it would be about the same size as a traditional three-bedroom house) is built, the cost to transport equipment would be subtracted and, in turn, would allow houses to be built cheaper. At a rate of £29,281,781.99.

It’s worth being among the first tp get up there, because the markup price for property could be around 27.61 percent so you could expect to buy a built house for over £44.5 million. Thereafter, the cribs could sell for a bargain price of £37.36m.

The houses could have a solar-panelled external surface, as well as an air-sealed oxygen pod forming part of the entrance, plus a water recycling room, a lunar greenhouse and a nuclear reactor.

The rest of the property will be taken up by living quarters, sleeping quarters, a dining room and a kitchen as well as what we were all hoping for: a spacesuit room.

Saxon is a prolific writer with passion for the unusual. I believe the bizarre world is always exciting so keeping you up to date with such stories is my pleasure
Previous Outrage as Video of Huge Crowd Chasing Elephant Surfaces Online
Next Watch Shocking Video As Swarms Of Spiders And Snakes Emerge In Flood-Hit Australia