Influencer Slammed For Eating Her Own Placenta In Shocking Video 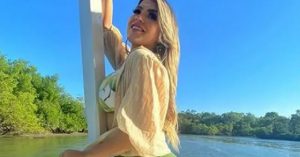 An influencer has hit back at critics after being slammed for posting a video of herself drinking her own placenta in a shake.

Caila Carim, an actress, model and influencer, from Manaus in Brazil, posted the footage on 16 April. It shows her preparing and consuming a placenta and acai berry smoothie.

She can be seen taking a gulp of the shake, before she comments to a woman who is off camera that it tastes just like ‘acai’.

Caila goes on to ask her friend if she wants to try the shake, a request that the other woman, unsurprisingly, declined.

But social media wasn’t just accepting it, with many questioning why she felt the need to share the video.

One follower said: “Why the need to post? Nobody wants to know if you drink placenta tea.” 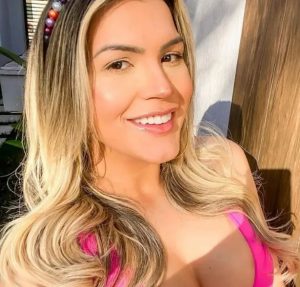 Others accused her of attention seeking, after the influencer also documented her birth of her baby girl on 14 April.

In response to the backlash she received, Carim posted on Twitter: “People calling me sick because I took a sip of my placenta. Sick are those who are disgusted by that.” 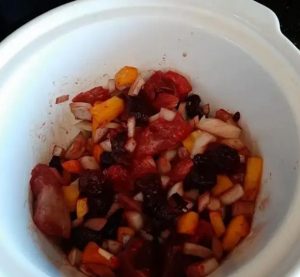 The trend, known as placentophagy, has been growing across the world, but particularly in the US, with the likes of Kim Kardashian championing its benefits.

According to some, eating the placenta can boost energy and encourage breast milk production. It is even purported to help precent post-natal depression.

But there is no definitive scientific evidence to prove the claims.

The Royal College of Midwives suggests it could be dangerous.

The website reads: “Despite the many claimed benefits of placentophagy, it is unclear whether consumption is advantageous.

“The placenta is not sterile and elements such as selenium, cadmium, mercury and lead, along with bacteria, have been identified in post-term placental tissues.”

But Carim isn’t the first to try and make her pregnancy organ into a palatable meal.

One new mum, Ketrina Hill, 27, turned the placentas from her two children’s births into a burrito and chilli.

After having them frozen, she thought she’d spice things up a bit, dicing the frozen placentas and slow cooking them.

Ketrina said: “With my first-born, I made chilli and mixed it in with minced beef.

“With my second, I slow-cooked it with beef and made a burrito.

“I only had one meal after each birth as I had to freeze it the moment I got home from the hospital, and I had to use it all up once it had defrosted.”

Vanko is a cheerful writer whose enthusiasm for unusual stories is inspiring.
Previous Cat Caught Smuggling Drugs Into Panama Prison
Next Naked Attraction Contestant Says Woman Farted In His Mouth During Sex